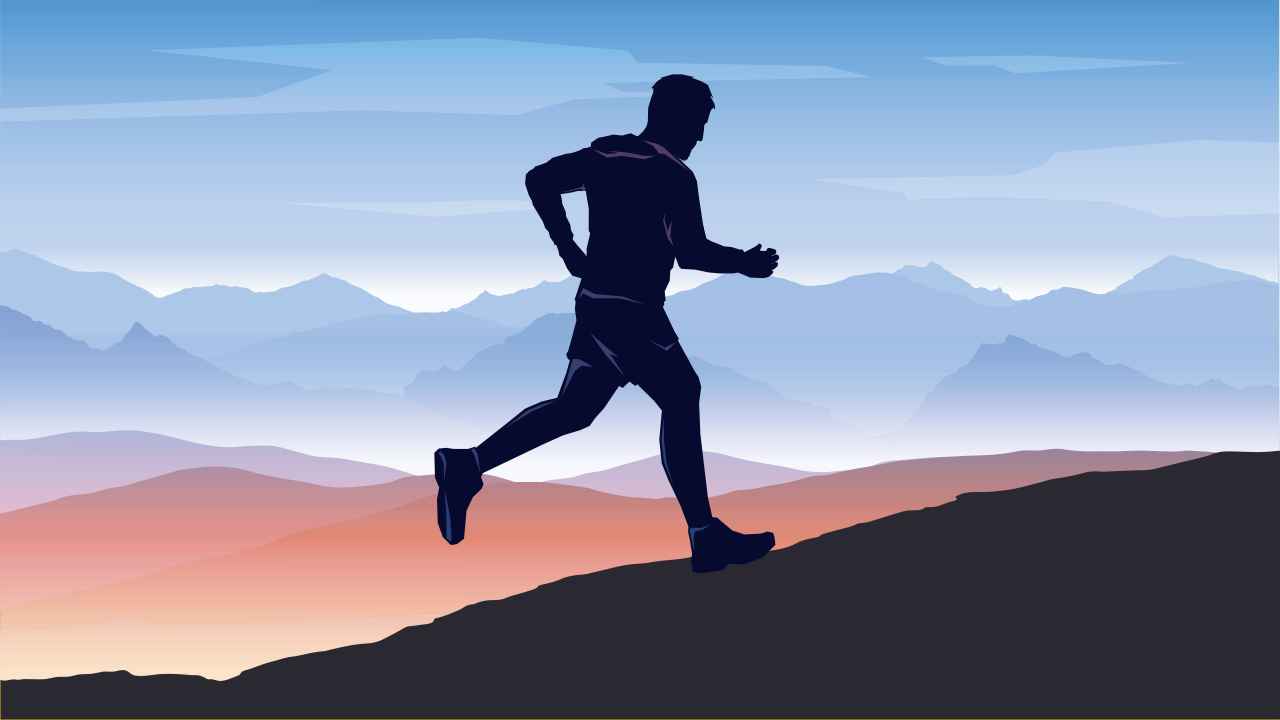 At high altitudes, the air becomes thinner and air molecules have larger spaces between them. The molecules are not as compressed as they are at sea-level, and this results in the air pressure becoming lower. Usually, the pressure is stated in millimeters of mercury (mmHg), and the value at sea level is 760mmHg.

For instance, if you go to La Paz in Bolivia, which is at an altitude of 3,600m and is the highest capital in the world, the air pressure drops to 500mmHg. In other words, the amount of oxygen in the air at La Paz is approximately 500/760 = 66% of that available at sea level.

The air that surrounds us is a mixture of gases, such as nitrogen (78%), oxygen (21%), argon (0.9%), and other trace gases, such as carbon dioxide, neon, and hydrogen. It is suggested that a minimum oxygen concentration of 19.5% in the air is required for normal breathing. When there is a mixture of gases, the pressure exerted by each gas in the mixture is called its partial pressure. The partial pressure of a gas is directly proportional to the percentage of that gas in the mixture.

Let us take a simple example of atmospheric air. We know that the barometric pressure of air at sea level is 760mmHg and the amount of oxygen present is 21%. So, in this case, the atmospheric partial pressure of oxygen is 0.21 x 760 = 160mmHg.

What changes occur in the body at altitude?

As you climb to altitude, the thinner air makes it harder to breathe because the partial pressure of oxygen drops, and there is inadequate oxygen to cater to the body’s requirements even while resting.

At altitude, the breathing rate and the heart rate go up. Also, you tend to breathe deeper to cope with the lower oxygen levels. So, the number of breaths that you take per minute rises due to the body’s response to an increase in the diffusion of oxygen into the blood. With every breath, fresh oxygen gets into the blood. Thus, increasing the number of breaths means that more oxygen has a chance of entering the blood. Similarly, the heart works harder to deliver oxygen faster to all tissues in the body. So,  the heart rate increases.

Maximal oxygen uptake (VO2max) measures the body’s ability to take in, transport, and utilize oxygen. As you go up in altitude, the VO2max decreases. This happens because of a decline in the barometric pressure and the partial pressure of oxygen at that altitude. However, the effect of decline happens only after you cross an altitude of 1,200m. Your VO2max decreases by approximately 11% for each 1,000m above the 1200m level. For instance, at the summit of Mount Everest, an average sea level VO2 max⁡ of 62 mL/kg/minute can reduce to 15 mL/kg/minute.

What are the benefits of running at high altitude?

By exposing the body to altitude, you allow it to adapt to the thinner air and lower oxygen levels. This process is called acclimation or acclimatization. The body naturally produces a hormone called Erythropoietin (EPO), which stimulates red blood cell production. The process of adaptation at altitude involves an increase in this hormone. This leads to a rise in the number of red blood cells, which allow you to carry more oxygen.

In addition, the oxygen extraction in the muscle tissues (arterio-venous difference) improves, resulting in a reduced demand on cardiac output. So, at altitude, the body develops many adaptations at the metabolic, cardiac, pulmonary, muscle, and endocrine levels. This brings about changes, and permits the oxygen transport system to compensate for the lower atmospheric oxygen levels and maintain tissue oxygen levels, to support exercising at different effort levels.

According to famed coach Jack Daniels, the optimum altitude to perform endurance training is 2,000m–2,500m above sea level. You reach a higher fitness level much faster by training at this altitude. Moreover, you can get fitter in about three-four weeks.

In a study titled Effects of Moderate Altitude Training on Cardiorespiratory Endurance (VO2max,) of Male Amateur Distance Runners in Plateau State, Nigeria by J. N. Bakdima, Professor E. A. Gunen, and P. P Dargak and published in the Journal of Sports and Physical Education, the authors studied the effects of three weeks of moderate altitude training on 15 amateur male runners at Plateau, Nigeria which is located at an altitude of 1,400m.

The results of their study revealed that these amateur male distance runners noticed a 12% improvement in V02max from the base-line value (on day zero) through the period of stay at moderate altitude. This improvement was found to be statistically significant and confirmed that oxygen uptake could be improved upon with prolonged exposure to altitude training. The study is also in agreement with 19 other findings, which revealed that after training at altitudes between 1,250m and 2,800m above sea level, there was an increase in oxygen uptake of 12.5% on the 13th day after return to sea level.

According to Christina Buchanan, Ph. D, Director of High-altitude Exercise Physiology at Western Colorado University, to train at altitude, you need to spend anywhere between 12-21 days over there.

Irrespective of the above viewpoints, it should be noted that Kenyans and Ethiopians have dominated distance-running for the last three decades. The Rift Valley in Kenya has produced many champions, and world elites train over there. In particular, the town of Iten, which sits on the edge of the valley, located at 7,000 feet above sea level, has produced so many elite marathon runners that it is known as the city of champions.

Recommendations for altitude training for runners

The optimal arrival time before a race is at least 10 days. During this duration, your body can somewhat adapt to the reduced oxygen levels and the demands it places on your cardio-respiratory system. It allows you to get a better feeling of the effort levels required to run your race and the pace that you should choose.

However, while this is not practical for most recreational athletes, the next best alternative is to arrive as close to the race start as possible and preferably within 24-30 hours. This arrival time allows you to avoid the most stressful symptoms witnessed at altitude. Typically, these signs occur in the 48-72 hour window.

So, it is advisable to spend a period ranging between three to six weeks at a high-altitude location to reap its advantages. Possibly, you may get a stimulus in as much as 10 days, but its extent is bound to be less compared to you spending three to six weeks.

When you arrive at altitude, it is suggested that you take the first day easy. So, just rest or go for a walk. When you start your training, it is important to run easy for the first week to let your body get used to the thin air. Here’s what Coach Greg Mcmillan, an exercise scientist, has recommended for the first week:

Here are some valuable running tips for high altitude training:

Altitude training can benefit your endurance. It will definitely result in improved race timings. However, the amount of time required to be spent at altitude precludes this for recreational athletes. If you decide to train at altitude, do it under a coach’s supervision.