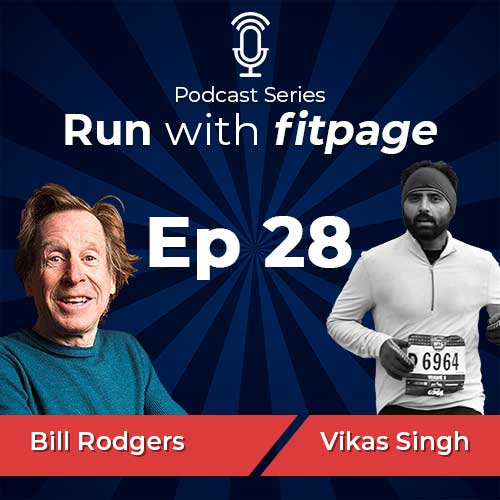 Bill Rodgers, also known as “Boston Billy”, is a legendary marathon runner. He is known especially for winning both – Boston Marathon and NYC Marathon 4 times each.
In this episode of Run With Fitpage, Bill Rodgers talks about his inspirational journey to being one of the greatest runners of his time, his experience with Indian record holder Shivnath Singh, and a lot more with our host Vikas Singh.
Episode Summary:
00:00 – About this podcast
02:10 – “How did we get into this sport?” asks Bill Rodgers!
04:31 – Right from the start of Bill’s journey
07:52 – Running the Boston Marathon for the first time
11:37 – Comeback after some setbacks – how losing can motivate you?
15:54 – Bill on training at 200 miles/week
21:39 – The importance of mileage
23:09 – 1976 Montreal Olympics
25:34 – Bill talks about the Indian National Record Holder Shivnath Singh
27:57 – An advice to beginner runners from the legend!
35:34 – How running can improve the quality of your life
38:01 – Take some motivation from the legend, Bill Rodgers!
Guest Profile:
William (“Bill”) Henry Rodgers is an American world-class runner best known for his victories in the Boston Marathon and the New York City Marathon in the late 1970s. He was born in Hartford, Connecticut. Rodgers won both races four times between 1975 and 1980, twice breaking the American record at Boston with a time of 2:09:55 in 1975 and a 2:09:27 in 1979. In 1977 he won the Fukuoka Marathon, making him the only runner ever to hold the championship of all three major marathons at the same time. Track & Field News ranked Rodgers #1 in the world in the marathon in 1975, 1977 and 1979. 28 of the 59 marathons Rodgers ran were run under 2:15. In all, he won 22 marathons in his career.
Rodgers received his B.A. in sociology from Wesleyan University, where his teammate Amby Burfoot also won the Boston Marathon while still a student. Rodgers also has an MS in special education from Boston College.
You can reach out to Bill at BostonBilly1975@gmail.com.
Host Profile
Vikas Singh, an MBA from Chicago Booth, worked at Goldman Sachs, Morgan Stanley, APGlobale and Reliance before coming up with an idea of democratizing fitness knowledge and help beginners get on a fitness journey. Vikas is an avid long-distance runner, building fitpage to help people learn, train, and move better.
For more information on Vikas, or to leave any feedback and requests, you can reach out to him via the channels below:
Instagram: @vikas_singhh
LinkedIn: Vikas Singh
Gmail: vikas@fitpage.in
Twitter: @vikashsingh1010
About the Podcast: Run with Fitpage
This podcast series is built with a focus on bringing science and research from the endurance sports industry. These may help you learn and implement these in your training, recovery, and nutrition journey. We invite coaches, exercise scientists, researchers, nutritionists, doctors, and inspiring athletes to come and share their knowledge and stories with us. So, whether you’re just getting started with running or want to get better at it, this podcast is for you!
Learn more about fitness and nutrition on our website www.fitpage.in
This podcast has been recorded via Zoom Conferencing. 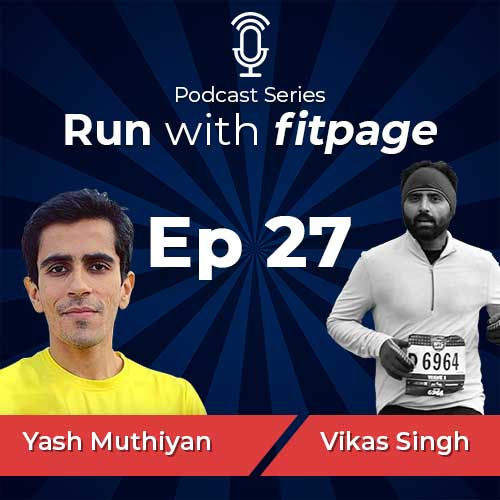 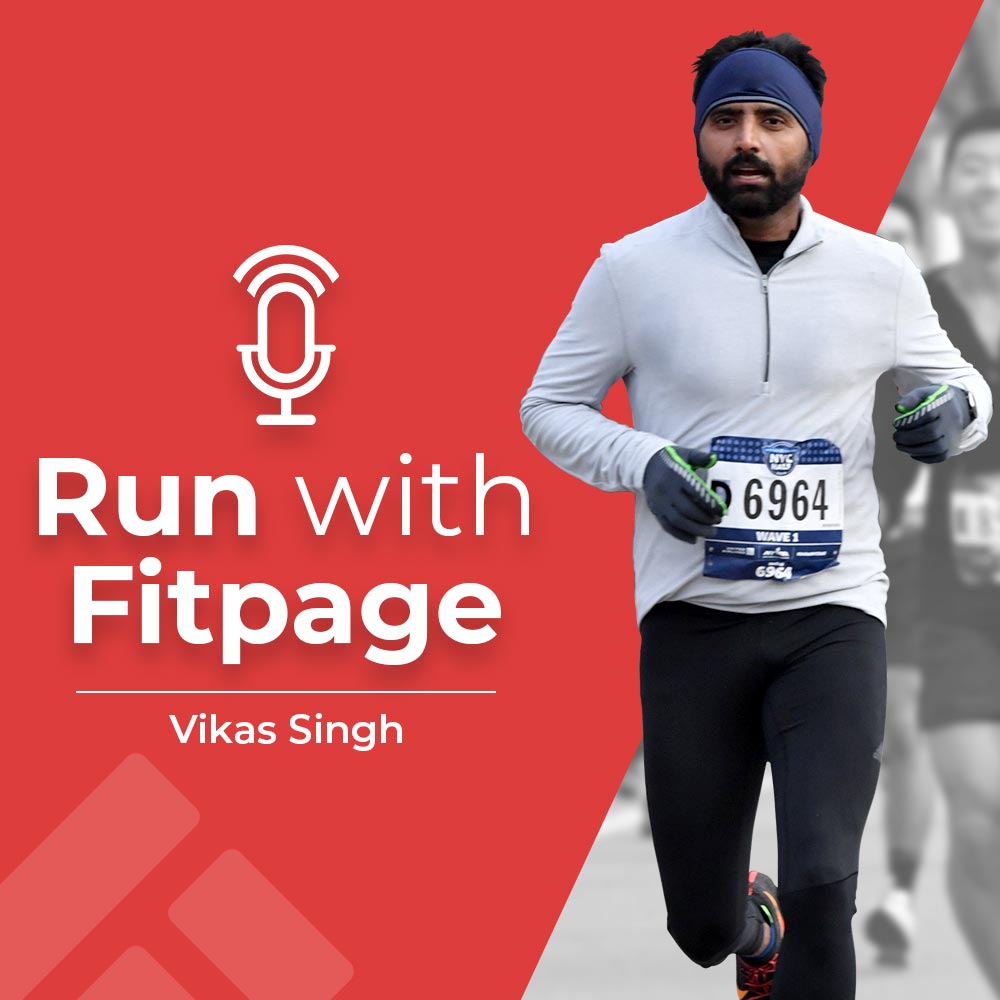