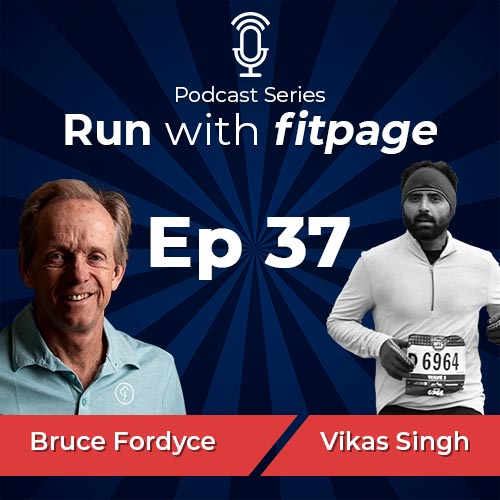 Bruce Fordyce is a South African marathon and ultramarathon athlete. He is best known for having won the South African Comrades Marathon a record nine times, of which eight wins were consecutive.
In this episode, Bruce talks about the Comrades Marathon, his running and training journey, his famous hand-shake ritual and a lot more with our host Vikas Singh.
Episode Summary:
00:00 – About this episode
01:18 – Welcome Bruce to the show!
01:51 – How did Bruce start running?
08:32 – Experience running the first Ultramarathon — the key takeaways and training
11:22 – Making way through the Comrades marathon
17:13 – The key to consistently improving the race timings
24:40 – The hand-shake tradition
28:38 – Some of Bruce’s special memories
31:50 – Uphill vs downhill training
38:20 – How to not cross the 12-hour mark?
42:36 – The mantra to Bruce’s positivity and mindset
50:40 – Bruce’s message to Indian runners
Guest Profile:
In 1977, when Fordyce first ran the Comrades Marathon, he placed 43rd out of 1,678 entries. He placed 14th in 1978, 3rd in 1979, 2nd in 1980, and was the winner for an unprecedented eight consecutive years from 1981 to 1988; he won it again in 1990. No other runner in the history of the Comrades has achieved this feat. Fordyce was the world record holder over 50 miles from 1983 when he covered the distance in 4hr 50min 51sec during the 53m 1082yds London to Brighton ultramarathon until Jim Walmsley broke the record on 5 May 2019. In addition to having written two books about the Comrades Marathon, Fordyce was also a sports columnist for various newspapers and magazines and a SABC television commentator for the 2014 event. He is also a motivational speaker and the chief executive officer of the South African Sports Trust. In 2004, he was voted 64th in the Top 100 Great South Africans.
To reach out to Bruce, log on to www.brucefordyce.com.
About Vikas Singh:
Vikas Singh, an MBA from Chicago Booth, worked at Goldman Sachs, Morgan Stanley, APGlobale and Reliance before coming up with an idea of democratizing fitness knowledge and help beginners get on a fitness journey. Vikas is an avid long-distance runner, building fitpage to help people learn, train, and move better.
For more information on Vikas, or to leave any feedback and requests, you can reach out to him via the channels below:
Instagram: @vikas_singhh
LinkedIn: Vikas Singh
Gmail: vikas@fitpage.in
Twitter: @vikashsingh1010

About the Podcast: Run with Fitpage
This podcast series is built with a focus on bringing science and research from the endurance sports industry. These may help you learn and implement these in your training, recovery, and nutrition journey. We invite coaches, exercise scientists, researchers, nutritionists, doctors, and inspiring athletes to come and share their knowledge and stories with us. So, whether you’re just getting started with running or want to get better at it, this podcast is for you!
This podcast has been recorded via Zoom Conferencing. 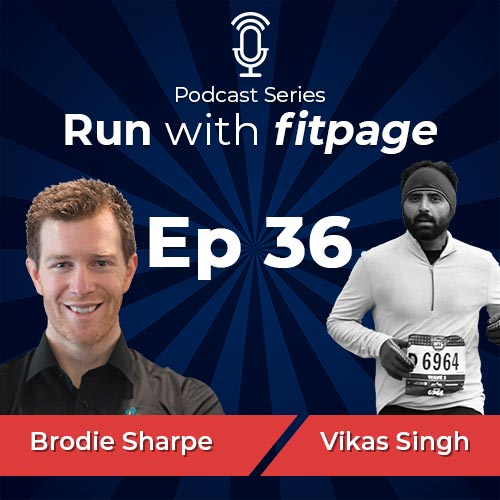 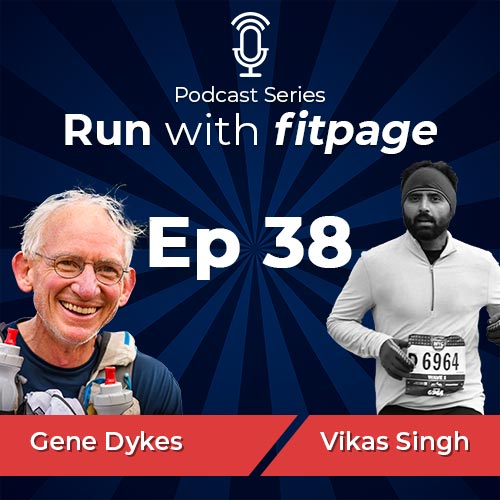 Your topic on Interest