Podcasts Run with Fitpage Ep 53: Meb Keflezighi on his Inspirational Life Journey, Silver Medal at the Athens Olympics and Participating in Olympics for 4 Times 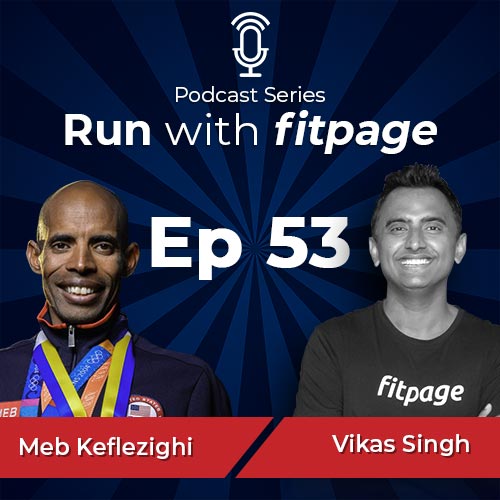 Ep 53: Meb Keflezighi on his Inspirational Life Journey, Silver Medal at the Athens Olympics and Participating in Olympics for 4 Times

Meb Keflezighi is a retired Eritrean-born American long-distance runner. He is the 2004 Olympic silver medalist in the marathon and finished fourth place in the 2012 Summer Olympics. In the 53rd episode of Run with Fitpage, we were joined by the legend himself, talking about his super-inspirational journey through the 4 Olympics and a lot more with our host Vikas Singh.
Episode Summary:
00:00 – About this episode
01:47 – Welcome Meb Keflezighi to the show!
02:00 – Meb talks about the American records broken by two ladies – Sara Hall and Keira D’amato
04:15 – How did Meb get into running?
08:06 – Running and life learnings from Meb
14:16 – Meb on being attacked by a German Shephard a week before the race
15:37 – 2004 Olympics: what went through Meb’s mind while the race?
18:48 – Sustaining performance for such a long time
27:22 – Meb’s advice to recreational runners
Guest Profile:
Meb is a runner, best-selling author and co-founder of 26, a brand celebrating and enriching the enduring spirit of running culture. He is the only runner to win the New York City Marathon, the Boston Marathon, and an Olympic medal. Today, Meb is committed to helping runners become elite versions of themselves and nurturing the sport of running for the next generation. In his journey, Meb developed his philosophy called “Run To Win,” which says that winning does not mean getting a first-place but getting the best out of yourself. Runners from all over the globe have adopted this philosophy as a reminder to prioritize their wellness. Today, Meb is the author of two New York Times bestselling books, a highly regarded keynote speaker and a global ambassador for the sport of running. His “Run To Win” philosophy lives on through 26, a brand Meb co-created to celebrate and enrich the enduring spirit of running culture.
About Vikas Singh:
Vikas Singh, an MBA from Chicago Booth, worked at Goldman Sachs, Morgan Stanley, APGlobale and Reliance before coming up with an idea of democratizing fitness knowledge and helping beginners get on a fitness journey. Vikas is an avid long-distance runner, building fitpage to help people learn, train, and move better.
For more information on Vikas, or to leave any feedback and requests, you can reach out to him via the channels below:
Instagram: @vikas_singhh
LinkedIn: Vikas Singh
Gmail: vikas@fitpage.in
Twitter: @vikashsingh1010
About the Podcast: Run with Fitpage
This podcast series is built to bring science and research from the endurance sports industry. These may help you learn and implement these in your training, recovery, and nutrition journey. We invite coaches, exercise scientists, researchers, nutritionists, doctors, and inspiring athletes to come and share their knowledge and stories with us. So, whether you’re just getting started with running or want to get better at it, this podcast is for you!
This podcast has been recorded via Zoom Conferencing. 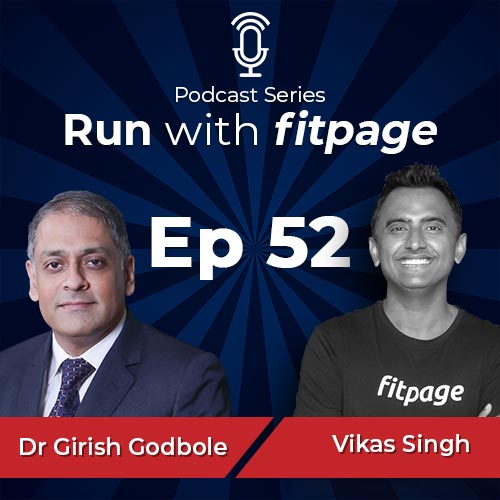 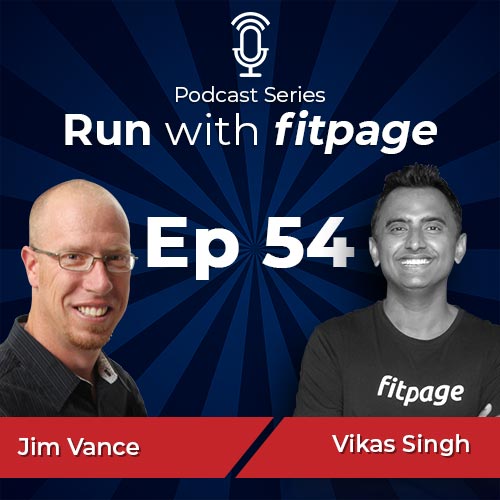