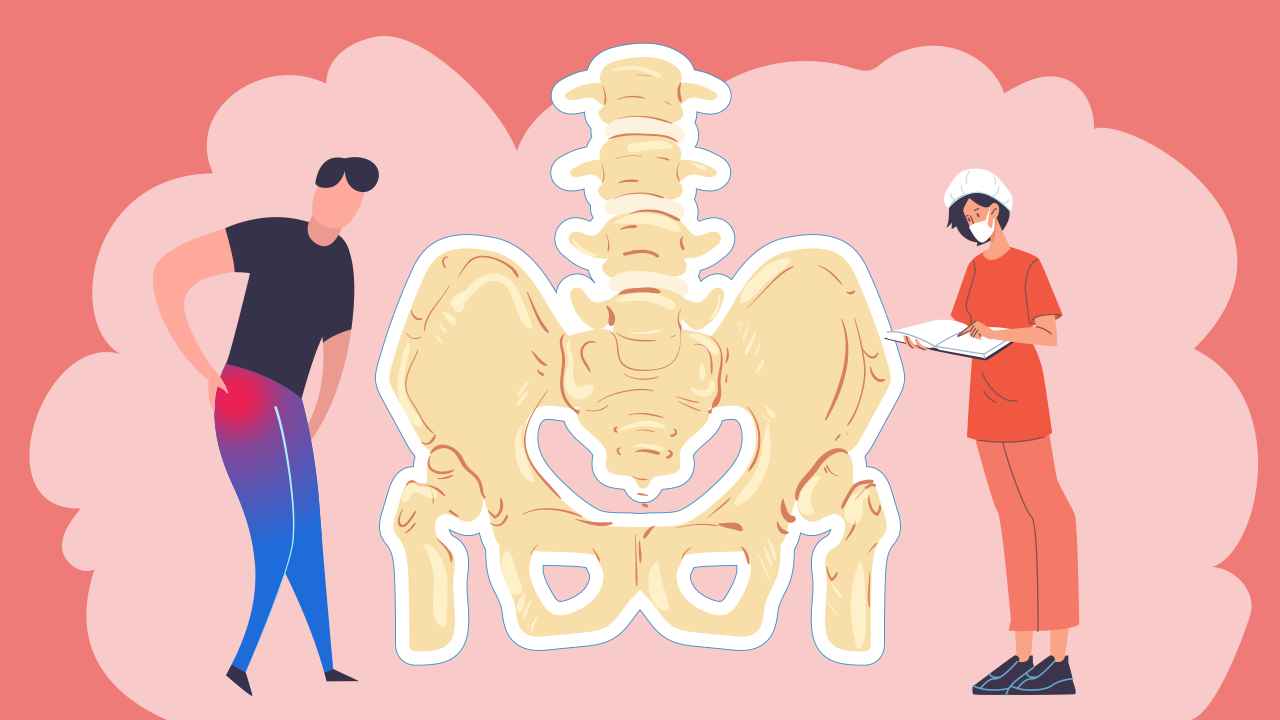 Also read: Coming Back from an Injury? Here Are Some Important Things to Remember

What makes up the hip joint?

Figure 1. The bones of the hip

Figure 2. Muscles of the Hip

What increases the risk of hip injuries?

Femoral-acetabular impingement (FAI) is a common hip-related problem, occurring in up to 25% of men and 10% of women. FAI normally manifests as a structural issue of the hip and femur, where an “overbearing” acetabulum (pincer) or an abnormally shaped femoral head (cam) results in pain at the hip joint (Figure 3).

To date, the exact mechanisms underpinning the precise causes of FAI remain somewhat unclear and appear to be highly variable between individuals, with the level of pain (and its location) also likely to differ greatly between individuals. However, there is some evidence that FAI may be attributed to the position of the pelvis in relation to the femur. Specifically, if the pelvis is declined (pointed downward), there appears to be a greater chance of FAI during squat exercises, which may be the result of muscle weakness, poor standing posture, or decreased pelvic range of motion.

Those with FAI can experience heightened hip pain if exercise technique is poor and/or muscle imbalances exist. For example, some evidence has indicated that FAI may be exacerbated in individuals with tight hip flexors, where the hip flexors likely become overactive as a result of weak (underactive) gluteal activation during squatting.

Additionally, FAI may also contribute to other joint/muscle problems during resistance training including lateral hip pain, bursitis as well as soft tissue injuries to muscle, ligament, or tendon.

What about pelvic tilting?

Excessive anterior (forward) or posterior (backward; also known as the ‘butt wink’ position) pelvic tilting during squatting can lead to high compressive forces through the intervertebral discs. Indeed, if the amount of lower back (lumbar) flexion is excessive during heavy parallel squat exercises, the lumbar intervertebral discs could become more susceptible to herniation. Thus, when performing a squat, one must aim to maintain a neutral spinal position as well as appropriate lower back curvature (Figure 4).

How to reduce the risk of hip injuries while performing lower body exercises?

The following positions while undertaking lower body movements (either stretching, jumping or during resistance-based exercise) should either be avoided. Or, at least the amount of time spent in these positions should be limited:

Furthermore, individuals should be encouraged to “switch on” their gluteal muscles and “switch off” their hip flexor muscles when performing hip flexion/ extension-based exercises, such as a squatting. This essentially means that the hip flexors should be statically stretched, while emphasis should be placed on activating the glutes during a warm-up period. For example, resistance-band crab walks, mini-band clams and assisted single leg partial squats may prove useful as part of a warm-up routine to increase glute activation.

With any injury, it may be sensible to use pain as your guide. You can preserve your hip health by reading the signs, being mindful of your technique, and fixing any muscle imbalances. Remember that a balanced approach to your training program will help you progress safely and without injuries.

What is Functional Training?

How to Incorporate Fitness as a Lifestyle

What Are the Important Strength Training Principles?

How to Master the Fundamental Movements

What Are the Ideal Reps and Sets for Your Training Goal(s)?

Machine-based or Free-weight Exercises: Which One to Choose?