read Should You Lift Weights Barefoot?

Should You Lift Weights Barefoot? 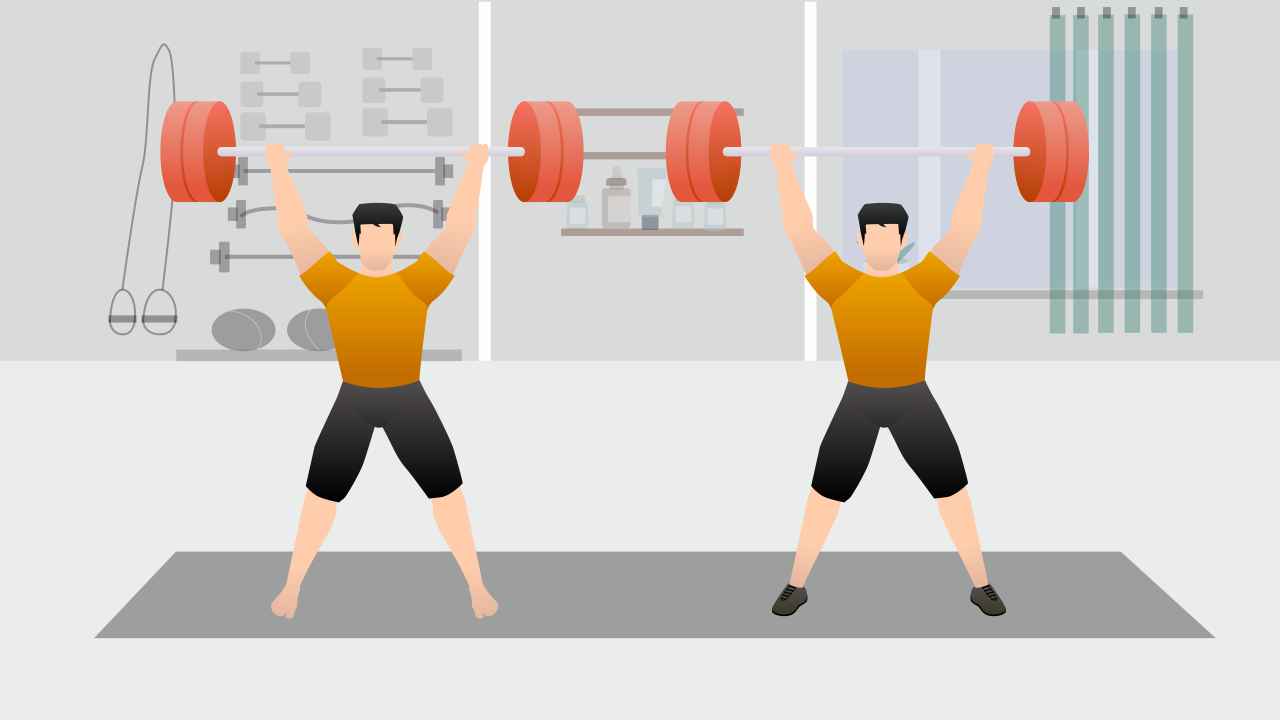 Throughout history, there have been extraordinary tales of barefoot runners like Pheidippides, the first marathoner, who ran exceptional distances to deliver messages. In the case of Pheidippides, he was sent to run from Athens to Sparta, which was a length of approximately 225km, to ask for assistance before the famous battle of marathon. In modern times, barefoot running was popularized in the sixties when Abebe Bikila of Ethiopia won the Olympic Marathon in Rome while running barefoot. In the eighties, South African runner Zola Budd Pieterse became known for her barefoot running style.

What does the evidence state?

Evidence is divided on the utility of running barefoot as opposed to running in shoes.

On one hand, running barefoot may pose several advantages, such as improving one’s balance, strength, and coordination of intrinsic (small) foot muscles. It may also help improve tactile feel, which is also termed proprioceptive feedback.

On the other hand, running barefoot increases the risk of repetitive stress foot injuries, particularly inflammation and damage of the tendons that support the feet arches.

Latest evidence suggests that barefoot running is not for everyone, and you may do it according to your capabilities. In some cases, barefoot running may lead to decreased foot and/ or ankle stability. Moreover, it may result in altered stride and foot contact patterns compared to running while wearing shoes. To date, more research is needed to determine if barefoot running improves performance.

Despite there being a recent spike in the evidence pertaining to barefoot running and injury prevalence/ biomechanical utility, minimal proof exists regarding the benefits of barefoot lifting while using weights. In this context, some key questions need to be addressed.

Also Read: How to Build Muscles with Bodyweight Exercises

With respect to the barbell back squat, one research group found that when using loads at 80% of 1 repetition maximum (1RM), weight lifters, who were wearing soft sole shoes, produced higher peak power and peak ground reaction forces than those wearing minimalist or no shoes.

In other words, those wearing shoes were able to produce greater force than those who were bare feet. In addition, another research group found that lifting weights without the support of a heeled shoe caused most people to lean further forward with their chest to stay balanced, as explained in the below visual (Figure 1). This may be especially problematic for those without sufficient ankle mobility.

A study on the kinematic movement analysis of squatting with and without shoes indicated that, in comparison to barefoot, wearing running shoes was associated with increased squat depth, knee flexion, and rectus femoris (quadriceps) activation. However, interestingly, participants widely preferred squatting without shoes despite the improved performance outcomes that wearing shoes provided.

With respect to the conventional deadlift, one study did find a statistically significant difference in the rate of force development (ie, inertia) between the shoe and non-shoe lifting groups.

Specifically, the non-shoe group produced a slightly greater rate of force development scores (~2,000 N∙s-1) compared to the shoe- wearing group (~1,600 N∙s-1) at 80% of 1RM. At face value, this does lend some credibility to the notion that barefoot strength training may improve the connection between “feeling the ground” and “producing more force” while weightlifting. However, on close inspection, issues like a low sample size of only 10 participants with weak to moderate statistical power, and no shoe-by-load interactions indicated that the difference in the rate of force development scores at 80% of 1RM between groups could be due to type-1 (false positive) error.

As such, more research using larger sample sizes is needed to determine if there are any differences in the rate of force development between shoes and barefoot conditions. For the moment, given the lack of evidence, there are marginal differences between the two alternatives.

Does lifting weights bare feet have any benefits?

From the limited evidence available, it appears that lifting weights while barefoot can have some advantages in terms of shifting the emphasis of the load to structures other than the knee.

In this sense, individuals with a history of knee pain and/ or any injury, such as patellar tendinopathy and chondromalacia patellae, among others, may want to consider occasionally squatting without shoes. It is because they can attain and maintain desirable training effects, such as hip muscle strength gains without overloading painful or damaged knee joint structures (ie, patellar tendon, patellofemoral joint, etc.).

In addition, although the forward torso lean is a lot greater during barefoot squatting, it does not seem to result in an overload of the lower back structures, which is certainly good from a spinal health perspective.

Can you lift more if you are bare feet?

The bottom line here is usually no, you cannot lift more weight when squatting or deadlifting while barefoot. It is likely because wearing shoes that elevate the heel (ie, weightlifting shoes) allows for a better ankle and upper torso position. Ultimately, this improves the force production capacity and results in more of a mechanically favorable lifting base.

Does it help with stability?

One research article established that eight weeks of barefoot conditioning drills among netball players improved their agility as well as ankle and leg stability. However, in this study, the drills performed were highly sports-specific and unrelated to strength-training activities (ie, the conditioning groups did not perform barefoot squats or deadlifts).

As such, the improvements in agility and stability were likely driven by motor-control advancements, which may have been facilitated by tactile feedback of the foot meeting the ground during the drills. Currently, there is no evidence that weightlifting while barefoot provides more stability in comparison to wearing shoes.

Is it safe to train bare feet in the weight room?

Like all training modes, this technique has its challenges. In the case of barefoot training, one considerable con is the poor safety of such training in the weight room. Naturally, heavy items around the weight room can become dangerous instruments to the uncovered foot. As such, if you are going to train barefoot in the gym, consider injury-related risks.

One strategy that could prove useful for you is wearing shoes when adding weight to the bar and walking around the gym. Once the weight is ready to be unracked, you may remove the shoes. In addition, place the safety collars on the bars to avoid weight plates from slipping.

Now that you know about the safety precautions to keep in mind while doing barefoot weight training, be cautious and focus on your fitness goals.