read What Are Unilateral Exercises and Why Should You Be Doing Them?

What Are Unilateral Exercises and Why Should You Be Doing Them? 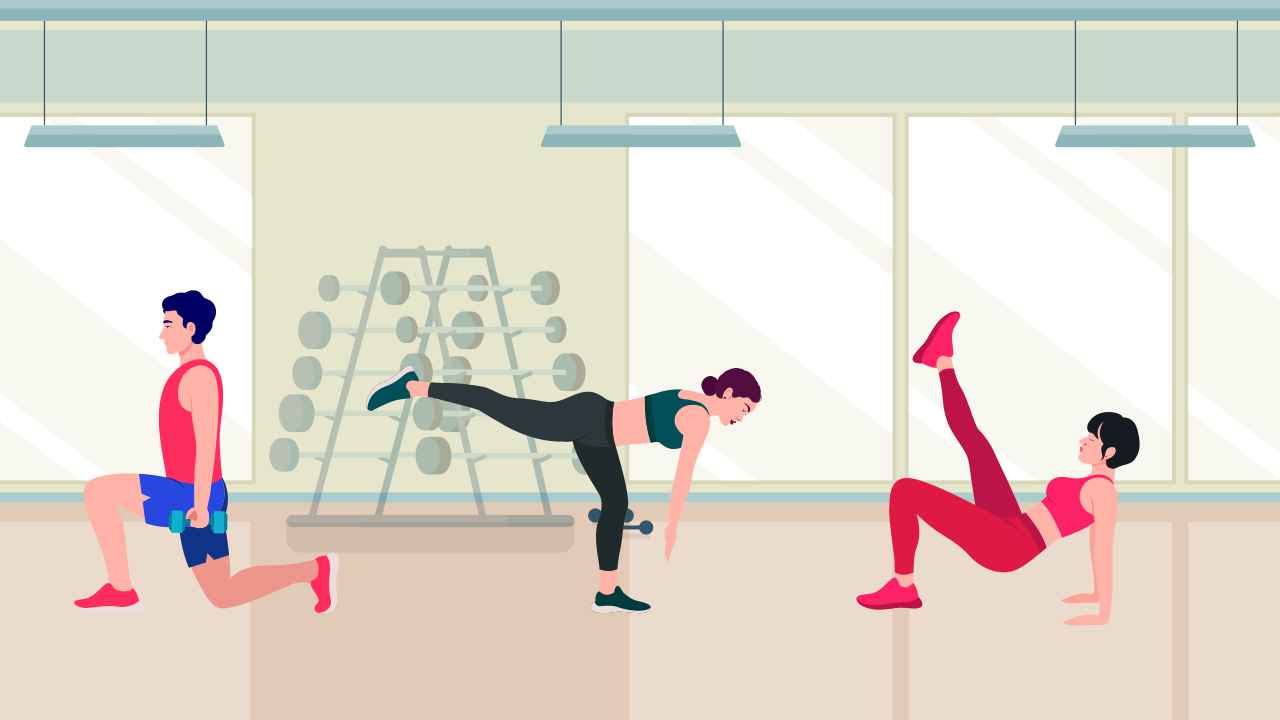 You may have seen people performing bilateral movements in various exercises, such as lat pull-down, squat, and bench press, while working out at a gym or a fitness facility. In these movements, both arms or legs are involved simultaneously, and the focus is often on stability and strength.

Unilateral exercises involve using only one limb or side of the body at a time. A few examples of these forms of exercises include lunges and step-ups for the lower body, and single-arm triceps extensions and biceps curls for the upper body.

At first glance, the difference between bilateral and unilateral exercises in terms of benefit may seem negligible. You may find it difficult to determine how a set of single-arm overhead presses with each arm can be different from doing a set of the same exercise with a barbell using both arms together.

The answer may surprise you. Unilateral exercises can play a vital role in rehabilitation from an injury or as a part of your normal workout regimen.

Role of unilateral exercise in rehabilitation

Here’s how unilateral exercise can be beneficial in rehabilitation:

1. Coming back from an injury

When returning from an injury to a lower or upper extremity, many people unwittingly favor the healthy limb during bilateral exercises in a subconscious effort to protect the injured area.

For example, someone with a knee injury may compensate during a squat by leaning a bit toward the healthy knee in order to lessen the burden on the injured joint. Or, someone with a shoulder injury may overcompensate by using the healthy shoulder to lift more than its fair share of the weight during an overhead press using a dumbbell. For example, if you normally perform an overhead press exercise using a 40kg barbell bilaterally, you may expect to be able to perform the same exercise unilaterally using a 20 kg dumbbell. However, this may not be the case if one limb is stronger than the other.

Ironically, this may cause an injury to the once-healthy limb, as it can succumb to overuse or overtraining. Unilateral exercises, in contrast, force you to use each side of the body equally, thereby eliminating the tendency to overtrain or overuse the healthy limb.

Another example of how unilateral exercise can be used during rehabilitation has to do with a concept called cross-education. This phenomenon takes place when muscular strength gains are observed in the limb not doing the exercise. This means that adaptations can occur in both limbs even though only one is being used.

In addition to their role in rehabilitation and injury prevention, unilateral exercises can be helpful during your usual physical activity regimen. Here is a rundown of a few advantages of this training type:

Unilateral training can help you isolate and correct muscle imbalances. All of us have one side of the body that is naturally stronger than the other. This imbalance, while perfectly normal, can cause two issues over time.

A common example is seen in the bench press exercise, which primarily targets the chest and triceps and secondarily works on the shoulders and back. Sometimes, one side will lag a bit behind the other because of a slight muscle imbalance, causing you to assign the shoulder and back muscles to do work that is meant to be performed by the chest.

All of this may lead to the stronger side experiencing an overuse injury, or the muscles on the weaker side getting injured as the result of performing movements or tasks, which they were not designed to perform.

Muscle imbalance can be the result of injury, as in the aforementioned squat example, but it can also occur over time as the result of improper exercise technique, chronically poor posture, or repeated performance of a particular movement as part of your occupational or leisure pursuits. For example, a pitcher in baseball or a bowler in cricket must be mindful to perform any unilateral exercise with the non-dominant limb to avoid dramatic imbalances in muscle strength.

Single-leg exercises like a pistol squat or lunge can improve your balance by recruiting the deeper muscles that stabilize the hip and core. When you perform unilateral upper-body movements like a single-arm dumbbell row or biceps curl, engage the core to prevent the trunk from rotating as you push and/or pull the weight. Finally, unilateral exercises may allow you to focus more acutely on the muscles being worked, as is often seen during seated dumbbell curls.

3. Provides the ability to generate more force and speed

Another plus point of performing unilateral exercises is that you may be able to produce more force and greater velocity using the same amount of weight per limb just like a bilateral workout. So, this is associated with strength development and a greater rate of force production. For example, if you normally perform deadlifts using a 70kg barbell and you incorporate single-leg deadlifts using a 35kg dumbbell, you may produce more force and move the weight more quickly.

Unilateral workouts for getting started

Consider adding these unilateral exercises to your total-body resistance-training program.

You can perform the following workouts with one arm:

You may do these exercises with one leg:

You may do these workouts, one side at a time:

Now that you have understood the importance of unilateral exercises, adding them to your workout regime can prove useful in the long run.