read What’s it like winning the Boston Marathon and still running it 50+ years later? 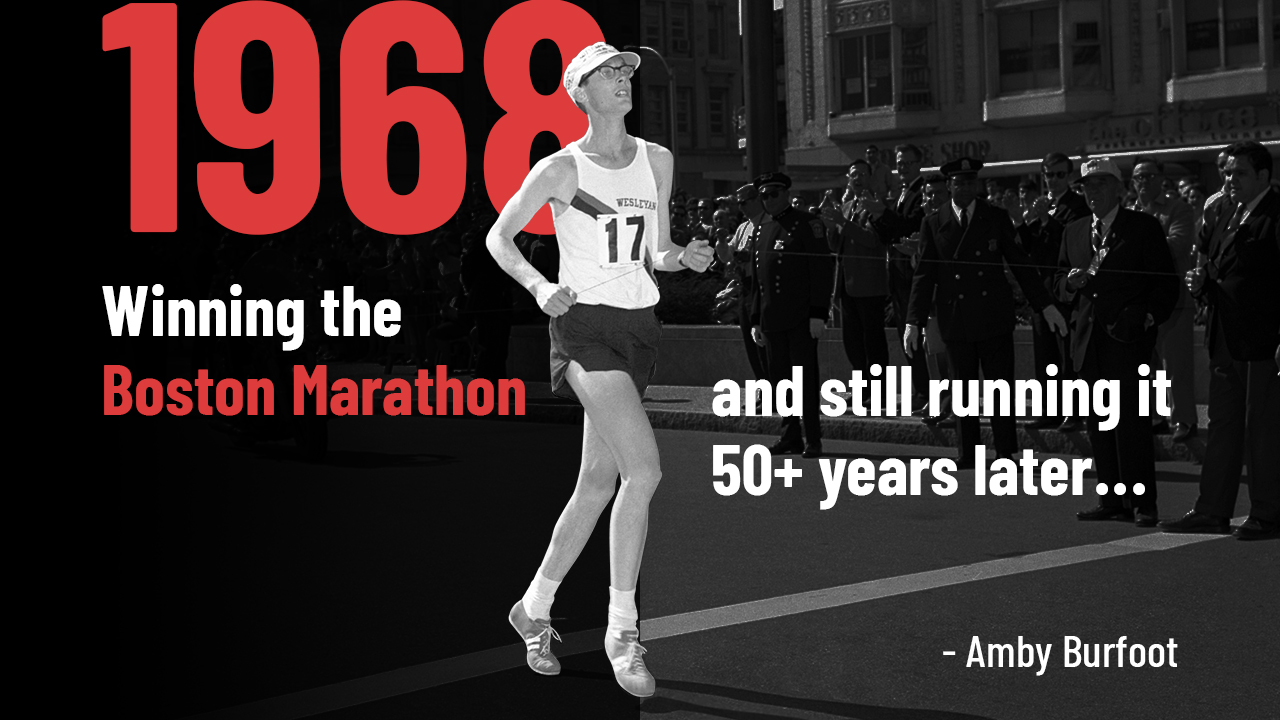 It’s pretty special, I must admit. Here are just a handful of my favorite memories from more than a half-century of Boston Marathons.

1965 I was a freshman in college in Connecticut, but skipped track practice. My father drove me to bucolic Hopkinton, 25 miles west of Boston, early on April 19. Entering town, we saw a coating of snow on the rooftops, white picket fences, and colorful crocuses bursting through the brown earth. The first runner I saw was “Old John” Kelley warming up in a Harvard sweatsuit. Then a team of Japanese stars dressed in gleaming white with a brilliant rising sun on their chests. They ran together like a precision drill team with a serious look on their faces.

I felt I had arrived. I knew this was Camelot, or as close as I would ever come. In my previous years of running, I was mostly consigned to endless laps around a 400-meter track. Or the occasional jaunt across a golf course in a cross-country race. I wanted more.

In Hopkinton, I found what I wanted. Now it seemed I had become part of marathon history. And marathon potential. On the starting line, I would be surrounded by runners from around the globe. Down the road, I would pass through Ashland, Framingham, Natick, Wellesley and eventually reach the top of Heartbreak Hill.

It didn’t break my heart. It sent a galvanic thrill through my entire body. Ahead I saw downtown Boston … and beyond Boston, I could imagine an entire marathon world. I couldn’t wait to begin exploring that world–every detail of it.

1968: Three years later I returned, and I knew I was ready. The previous two years, I had averaged 110 miles/week in training (which almost no one did in the 1960s), and many of those weeks ended with a brisk 20-mile long run. I was ready to run strong and fast. I knew that. I knew others were also just as ready.

To win Boston, you have to train your butt off, and then have a good day on Marathon morning. The first part is relatively easy if you’re willing to make many sacrifices and stay focused on your goal. The second part is devilishly tricky, because you can’t control it.

I got lucky. On Marathon morning, I had the best day of my life. For the first 10 miles, I ran effortlessly with the lead group. I did a modest surge at that point, and was startled when all my competitors save one dropped far behind. Now it as a mano a mano battle.

I hated that. It was so tense, so frightful. One of us would win the Boston Marathon, and one would be largely forgotten in the dustbin of marathon results. On each of the famous Newton hills, I ran myself to the edge of collapse, hoping to drop my tormentor. But I failed.

It was not me, but the downhills into Boston that defeated him. His quadriceps muscles cramped up. I wasn’t setting any land-speed records, believe me, but I managed to stagger to the finish with a 17 second victory margin.

When I crossed the line, they put a laurel wreath on my head. I barely had the strength to support the 4-ounce crown but I have never been happier or more satisfied. Never.

1996: This was the Centennial Boston Marathon–the 100th running. We had all seen the date looming in our calendars for many years, and couldn’t wait to come together for the momentous celebration. In fact, the BAA expected about 20,000 runners to qualify. Wrong! Runners across the country were so motivated to run the 100th Boston Marathon that they doubled their training efforts, and fully 36,000 qualified.

We knew it was going to be a party. We just didn’t realize how gigantic it would become. Best of all, every runner understood that this was a special celebration that demanded patience and smiles. No one pushed and shoved. None tried to jump out of their starting corral. We all just took happy photos of each other.

I ran with my wife–the only time we have ever run Boston together. Why not? It was a family affair and love fest. No one cared about their finish time. We runners cheered just as loud for the spectators as they did for us. When we got to the long final stretch on Boylston Street, most of us slowed down. We didn’t want the party to end. We wanted to stay in the 100th Boston Marathon as long as we possibly could.

Afterwards, I told everyone that it was the greatest marathon of all time. And always would be.

2014: I was wrong. In 1996, I could not imagine a Boston Marathon with bombs, maimings, and deaths at the finish line–2013. Nor could I imagine the energy and positive spirit that infused the entire 2014 Boston Marathon comeback weekend. Boston Strong! We would not abandon the city of our favorite marathon. Instead we would return to demonstrate our resilience, our determination, and our lifelong devotion to Boston and the Boston Marathon.

Once again, as in 1996, Hopkinton had 36,000 starters on the narrow. Once again, the weather was perfect: sunny and mild. Once again, runners and spectators thanked each other for returning to the Boston streets and sidewalks. As I shuffled along, I handed out little business cards to the 8-year-olds- on the course-side, and occasionally to their 80-year-old grandparents in wheelchairs.

My message? “Thank you for your many years of support for the Boston Marathon and for us runners. YOU are the reason this is the world’s greatest footrace.”

My wife and I ran from different start times, and with different friends, but we were united in the finish chutes: smiling, sunny, proud of each other. It was the greatest marathon ever. For. Ever.

And those of us lucky enough to have run Boston in 2014 feel privileged that we had the opportunity to be a part of it.

2018: I had a lot of years to get ready for this one, and especially to visualize it. It would be the 50th anniversary of my 1968 Boston victory. Only two other runners had achieved this–a win and a repeat run 50 years later–and both were historic champions, “Old John” A. Kelley and Keizo Yamada. I wanted to join that little club, for sure.

But mainly I wanted to celebrate my good health and good fortune with a small group of friends, including my brother, who would go the distance with me. I visualized a perfect sunny day and many miles of talking and laughing together as we enjoyed the varied and always interesting Boston course.

Nope. Best laid plans totally out the window. The weather for the infamous 2018 Boston Marathon was the worst, by far, in the history of the marathon. The wind blasted out of the East. The rain pelted down relentlessly. And the temperature, in the mid-30s F, guaranteed that we would risk hypothermia every step of the way. My celebration turned into a gruesome survival shuffle.

Happily, my group hung tough, and we all hung together. “One for all, and all for one.” When my brother announced that he was about to drop out from hypothermia near the halfway point, one of our group dashed to the roadside, found a discarded full-length raincoat, and eased it over my brother’s shoulders. The coat was heavy and stiff, but it warmed him up, and that was all that mattered. He ran strong to the finish.

In fact, all seven of us stuck it out and finished in a pack. Our finish-line hugs and handshakes were short lived, because we all wanted to find a hot bathtub as soon as possible, but we had covered the 26.2 miles together. We took good care of each other. That was the most important thing.

Glute Exercises Before Running | 4 Movements to Activate Your Glute Muscles