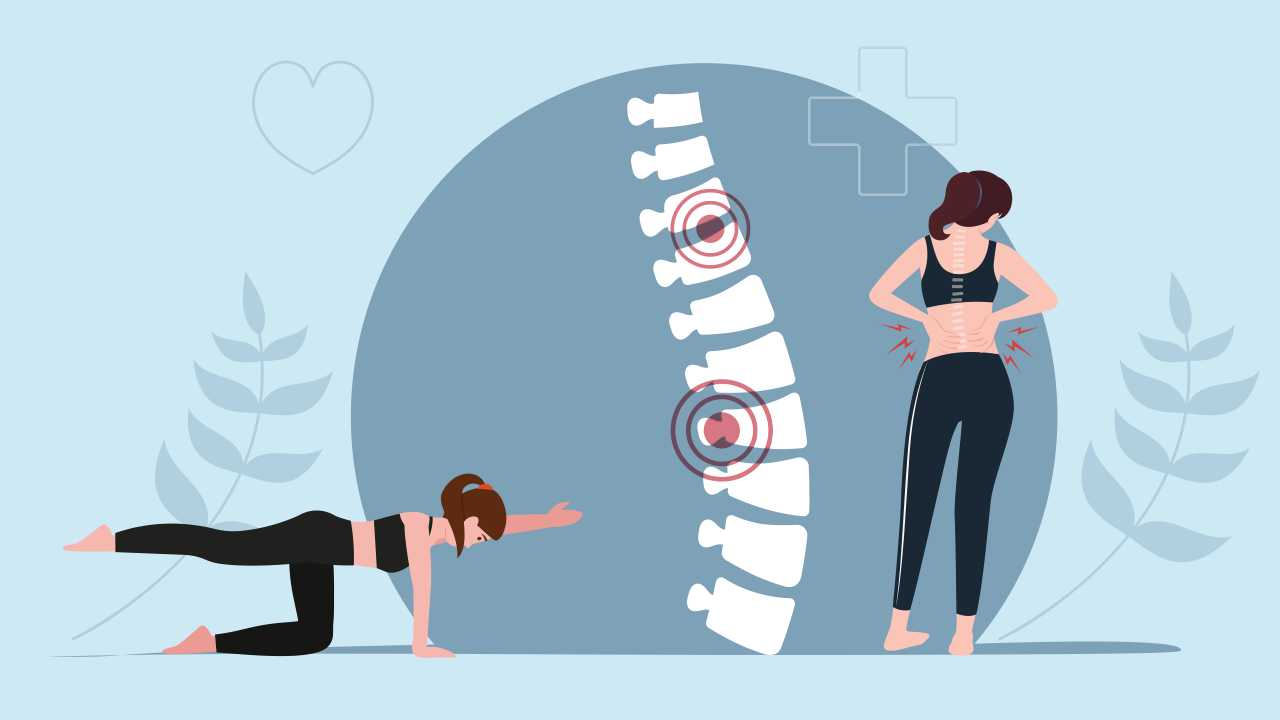 Between 60% to 80% of adults experience non-specific low back pain (LBP) at some point in their lifetime. Some studies have demonstrated that LBP is one of the most common causes of visits to a physician, and men and women are equally affected by it.

LBP is not exclusively experienced by older people, as up to 30% of adolescents worldwide also have at least one episode. According to a study, in 1,355 young Indian adults in the age group between 18 and 35,  the LBP prevalence was 42.4% per year and 22.8% per week. In the same study, approximately one in five (20.6%) patients reported limitations of daily activities that resulted from LBP, and 14.4% felt emotionally depressed because of this problem.

In addition, another study of 268 Indian construction workers showed that 126 respondents reported LBP in the past 12 months and 105 respondents complained about this issue in seven days. These numbers are alarming. So, there is a desperate need to come up with strategies to avoid LBP and improve the quality of life, particularly within the workplace setting.

What is lower back pain?

LBP is a symptom and not an ailment. It can result from several known or unknown abnormalities or diseases. It is defined by the location of pain, typically between the lower rib margins and the buttock creases. It is commonly accompanied by pain in one or both legs, and some people with LBP have associated neurological symptoms in the lower limbs.

Causes of lower back pain

There are many contributing factors to LBP. These include spinal osteoarthritis, bulging and/or ruptured disc, osteoporosis, muscle strain/ sprain, sciatic, vertebral stress fracture, and spinal stenosis. Many reasons for LBP may be mechanical (postural) related or non-mechanical (disease) related. We focus on addressing mechanical issues rather than clinical/ disease-related issues. Here is a visual representation (Figure 1) of some lower back pain causes:

From a mechanical perspective, poor sitting and standing posture, improper lifting technique, and frequent bending forward positions like head tilted down while on the phone may lead to spinal misalignment problems over time. With a healthy (neutral) spinal position, which includes the upper neck and pelvis (and everything in between), there are four prominent curves, as depicted in this visual (Figure 2):

Also read: Bad Posture: Tips and Exercises to Get It Right

Spinal misalignments may lead to deviations in posture, which manifest in various ways, as explained in the below visual. (Figure 3). At times, due to such misalignments, the other areas of the body end up compensating to achieve the desired movements. For example, during standing and squatting- based movements, there can be underactive hip extension/ glute activation, whereby the glutes cease to fire effectively and the hamstrings tend to take over. The result of overactive hamstrings and underactive glutes may lead to pelvic tilting, which ultimately alters the loading pattern of the lumbar (lower) spine and results in LBP.

In general, people experiencing LBP tend to use their backs more. They walk, sit, stand, and lift using mechanics that increase back loads. They have more motion in their backs and less motion and load in their hips. The broad principle with LBP is that the extensor muscles of the back switch off, while the flexor muscles tend to switch on, which causes tightness. Thus, exercises to enhance the integration of the gluteal muscles will improve back function and spar the knees. So, the main targets, in this case, should be to focus on hip flexor mobility in addition to gluteal activation therapies.

However, simply targeting the mobility of the hip flexors and improving activation of the glutes without addressing elements of the thoracic and cervical spinal regions may be dangerous. So, mobility of the thoracic spine may also be needed, coupled with flexibility work done targeting anterior chest and shoulder structures, such as pectoralis major/ minor and biceps brachii. Such work may serve to realign the upper portions of the spine, which could play a significant role in improving postural dynamics as a total system rather than just targeting the lower back and pelvic structures.

What are the best exercises for back pain?

This is a difficult question. Various exercises to relieve back pain have different responses. It depends on the presentation of the pain associated with the lower back or any other aspect of the spine, such as mid-back or upper neck pain.

Importantly, the issues underpinning back pain may be attributed to either poor spinal stability or weak spinal mobility. In the case of individuals with poor spinal stability, there may be movements in which the spine is hypermobile and unable to prevent motion from exceeding the boundaries of what it is designed to do. Conversely, individuals with poor spinal mobility may suffer excessive stiffening of the muscles supporting motion due to inflammation of the joints or neuropathic pain reasons. This limits movement and impairs function.

The broad rule around addressing spinal instability is to improve joint and whole-system stability, which involves stability through the lumbar/ core regions. It also includes improving mobility at some joints such as the hips.

Core training for back pain

The core can be loosely defined as any muscles that include the spine, hips and pelvis, proximal lower limb (ie, thigh), and abdominal structures. So, the core is not simply the abdominals, but an integrated network of muscles and connective tissue that work synergistically to create and support movement.

If one or more muscles in this network are weak or under-active, usually, some form of compensation leads to disrupted or dysfunctional involvement of other joints or muscle structures. Generally, such compensation may result in pain at particular joints including the back, groin, knee, shoulder, and elbow.

As the spine represents a vital anchor for all mechanical motion, the core is built on spinal health. So, weakened core stability can cause and be caused by poor spinal health. One of the best ways to reduce back pain is to treat it conservatively with core-based exercises to improve spinal stability and core integration/ control. This table outlines the desired exercises for back pain through a rehabilitation program:

For all isometric core exercises, the aim should be to keep the duration of the holds to under 10 seconds and build endurance with repetitions, not by increasing the duration of the holds. The Russian Descending Pyramid Scheme for Sets and Reps may prove useful in this instance. Typically, there are three sets in the descending pyramid scheme, with each rep lasting for eight-10 seconds at a time.  The rest between each set is 20-30 seconds. For the second set, the number of reps is usually two less, and the same for the third set. For example: ​

In terms of training frequency, the goal should be to perform these back pain exercises twice to thrice per week. Keep a gap of at least one day for recovery.

Now that you have an idea of the best strength exercises for lower back pain, perform them regularly and witness promising results over time.