read Foot Strike: Where Should Your Feet Land When Running?

Foot Strike: Where Should Your Feet Land When Running? 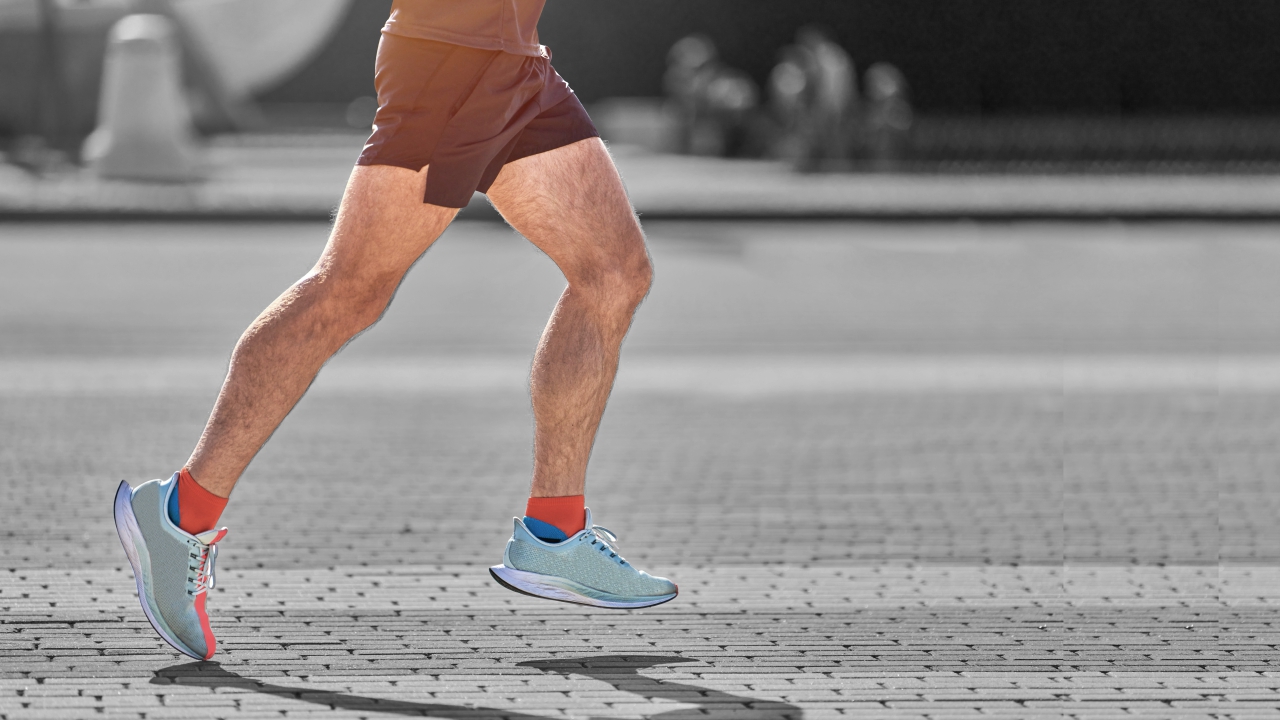 The running community as well as sports scientists have hotly debated and investigated the pros and cons of foot strike in runners. Foot strike refers to the way your foot lands on the ground when you take each step during a run.

There are 3 types of foot-strike patterns — forefoot, midfoot and heel strike. In our analysis we will touch upon both running kinematics as well as running kinetics to differentiate primarily between heel strike and forefoot strike.

Forefoot strike: It places the force of impact on the balls of your foot (just below the 4th and 5th metatarsal). The center of mass of the body is more or less just above the point of contact of the foot.

The force on contact is not transferred up the lower leg, but dissipates because the heel and lower leg continue to fall towards the ground. The forefoot is brought to a sudden stop. Hence, the impact produces a slow and not a sharp rise in force.

Midfoot strike: This is a compromise between the forefoot and heel strike. The impact is on the center of the foot, with body weight evenly distributed to the ankles, hips, back, and knees. There is a very small transient impact depending on how hard you land.

Heel strike: This foot strike places the force of impact on the middle to outside of the heel or ankle. The center of mass of the body is behind the point of contact of the foot with the ground.

The force on contact is transferred straight up the lower leg. The foot and the lower leg come to a dead halt. This kind of impact causes a rapid and sudden rise in force on collision with the ground. This is what is called an impact transient (brief period when force magnitude shoots up). Such an impact transient is absent in the forefoot strike.

Also read: What Is Foot Strike?

Which is the best foot strike pattern?

Let us look at the two aspects — injury and mechanical efficiency — that determine whether one foot strike is better than the other two.

The same study showed that metabolic cost of running is lower in a heel strike, whereas faster speeds dictated a forefoot strike pattern. Thus, it may be reasoned that running a half or full or ultra-marathon may benefit heel strikers.

On the other hand, running 10K and lower distances may dictate forefoot strike for higher speed. According to Allison Gruber, assistant professor at the School of Public Health of Indiana University-Bloomington, USA, habitual forefoot and midfoot strike runners tended to switch to a heel strike in the later stages of a race to conserve glycogen usage.

A majority of studies show that there is no significant difference in injuries between heel, midfoot or forefoot strike patterns. Two studies, a 2012 study by Adam Dauodi (et al) and another in 2013 by Juha-Pekka Kulmala (et al), tracked injury rates in endurance runners based on foot strike. They concluded that heel strikers have a greater incidence in injuries at the hip and knee, and cause medial tibial stress syndrome (shin-splints) due to the greater ground reaction forces on heel strike.

However, the same studies also found that forefoot and midfoot strikers, while having lower loading at the knee and hip, tend to have a higher loading at the ankle. This makes them prone to ankle and Achilles tendon injuries as well as stress fracture in the metatarsals.

A 2017 study in the Journal of Sport and Health Science by Joseph Hamill (et al) stated that there is little evidence to show that changing foot strike patterns would benefit runners. It can more likely lead to injuries. This is because when you change your foot strike pattern, you are compelling your body to learn a new mechanism, which is likely to be stressful for the tissues in your lower extremities.

Thus, no foot-strike pattern is a clear winner. Among elites too, there are runners that favour all three types of foot strikes.

Should you change your foot strike?

Make the change in foot strike gradual by first doing so for a few minutes during a run. Attempt to deliberately land on the centre of the foot and change your posture to leaning a bit forward to accommodate this strike pattern. Gradually increase the time spent on midfoot. It will slowly become a part of your natural style.

Running shoes are not designed to prompt a change in your foot strike. However, it is clear that shoes that have cushioning at the heel help reduce the force of impact transient (abrupt collision force acting on the leg during the first 50 milliseconds of stance after the foot hits the ground), resulting in lower probability of injury.

If you are interested in barefoot running, then shoes developed as “minimalist” may be a good choice. They have a small heel to toe drop and very little cushioning, which allows you to test what barefoot running feels like without injuring the soles of your feet with glass or sharp objects.

A pair of shoes may affect your running (but not your foot strike) when it is heavy because the oxygen cost of running with added weight is higher. It can also bring about early fatigue.

How Can Runners with Flat Feet Avoid Injuries?

Guide to Half Marathon 1: Couch to Running 5K

Why Should A Long-distance Runner Include Speed Work?