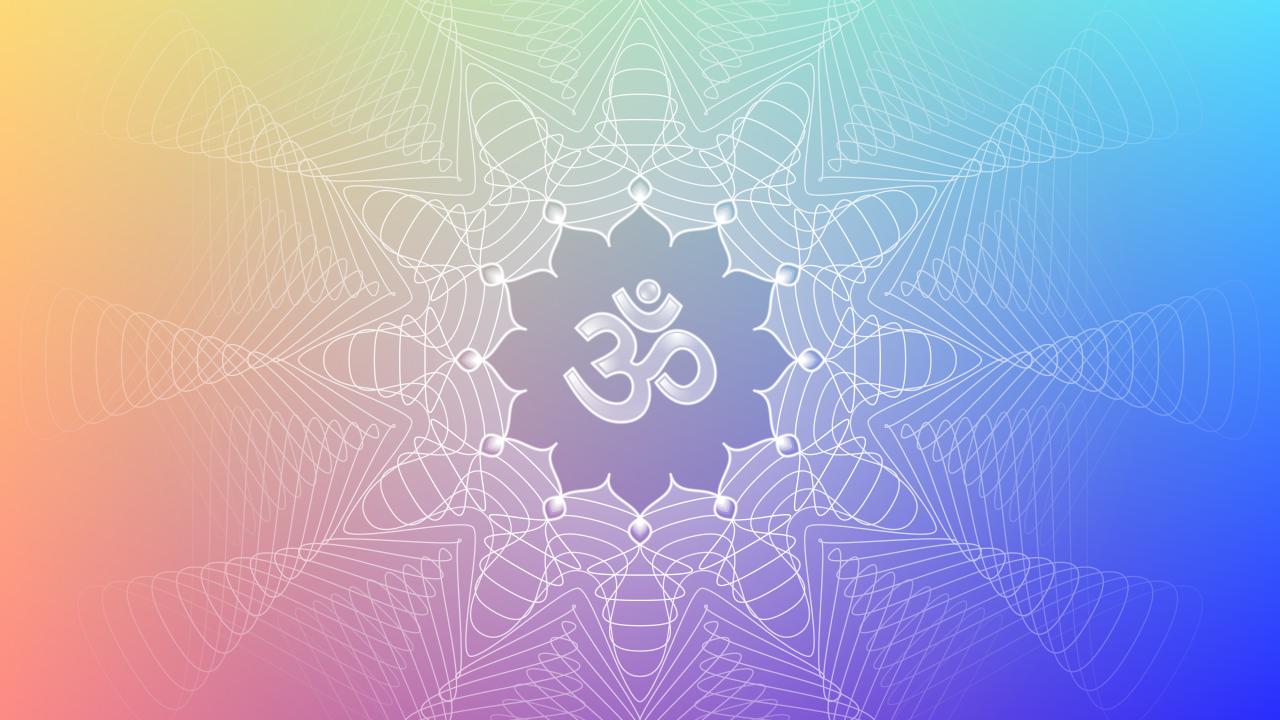 You must have heard, chanted, or seen the word OM at least once. The symbol has been popularized extensively by the yoga community around the world. But what exactly is the meaning and significance of OM?

There is no literal English translation of the word OM, simply because it is much more than a term. Ancient rishis and yogis are said to have first experienced this sound in their deep state of meditation. It wasn’t a word but a mere vibration, which a few experienced in their heightened state of awareness. Later, others began chanting it to invoke the same impression of and insight into their meditative experience.

There are numerous interpretations of OM, which stem out of classical Hindu and Tibetian cultures. OM is said to be the sound of void, the personification of the sound of the universe. OM is that vibration, that primordial sound out of which the entire universe emerged — that it is the seed of all creation. Today, western physicists and quantum researchers are trying to study the role of sound at the root of matter.

Importance of OM in yoga

In yogic traditions, the importance of OM is gravely stressed upon. Here, it is not just a symbol but a mantra for connecting with the divine. Sage Patanjali, who laid down the eight–fold path of yoga, describes OM as an expression of Ishvara (God). Chanting the word repeatedly removes all obstacles, and reflecting on its meaning leads to spiritual advancement.

However, the chanting of OM should not be thought to be in the domain of only those who walk the spiritual path. OM is said to have surprising effects on the human body and mind. Studies reveal that chanting OM can reduce heart rate, blood pressure, depression, anxiety, and stress as well as increase mental alertness and significantly relax the body. Moreover, practitioners have found increased focus, calm, peace and mental steadiness through regular chanting of the word. Some even claim that the vibrational frequency of OM is similar to nature, thus emphasizing on the connectedness between humans and their surroundings. All in all, OM creates a sense of balance within and without.

How to chant OM?

OM is pronounced in a very specific manner. There are four components to it, the A, U, M. Silence is the fourth syllable. Let us look at them individually.

A (Aahhh) – This sound is produced from the throat and the back of the mouth, where the tongue is rooted. You might notice sensations in the lower abdomen at the solar plexus. This connects us to our ego.

U (Ooohh) – The prolonged ooo gradually rolls forward your upper palate as you feel vibrations in your chest and throat chakra. It connects us to our inner true self, something that can’t be seen, touched, or heard.

M (Mmmm) – The sound is produced by gently shutting the lips and bringing the front teeth to touch. You may feel the vibrations soar up towards your crown chakra. The sound allows you to slow down and connect deeply with yourself.

Silence – The fourth dimension is the sound of silence, sometimes called anahata or the unstruck sound. It is the deep sound of cosmic energy, the vibration, which is beyond verbal recognition. It is the experience of stillness and connectedness.

OM, in essence, means awareness of our own inner peace. OM chanting is a timeless experience, one you shouldn’t definitely try if you haven’t already. Begin simply by including five to 10 rounds of OM chanting at the end of your daily asana practice. You would feel the benefits over time.

Yogic Hygiene: How to Clean Your Teeth, Mouth and Ears

Is Yoga Enough to Keep You Fit?