read Race Running: Choosing Between Even, Positive, and Negative Splits

Race Running: Choosing Between Even, Positive, and Negative Splits 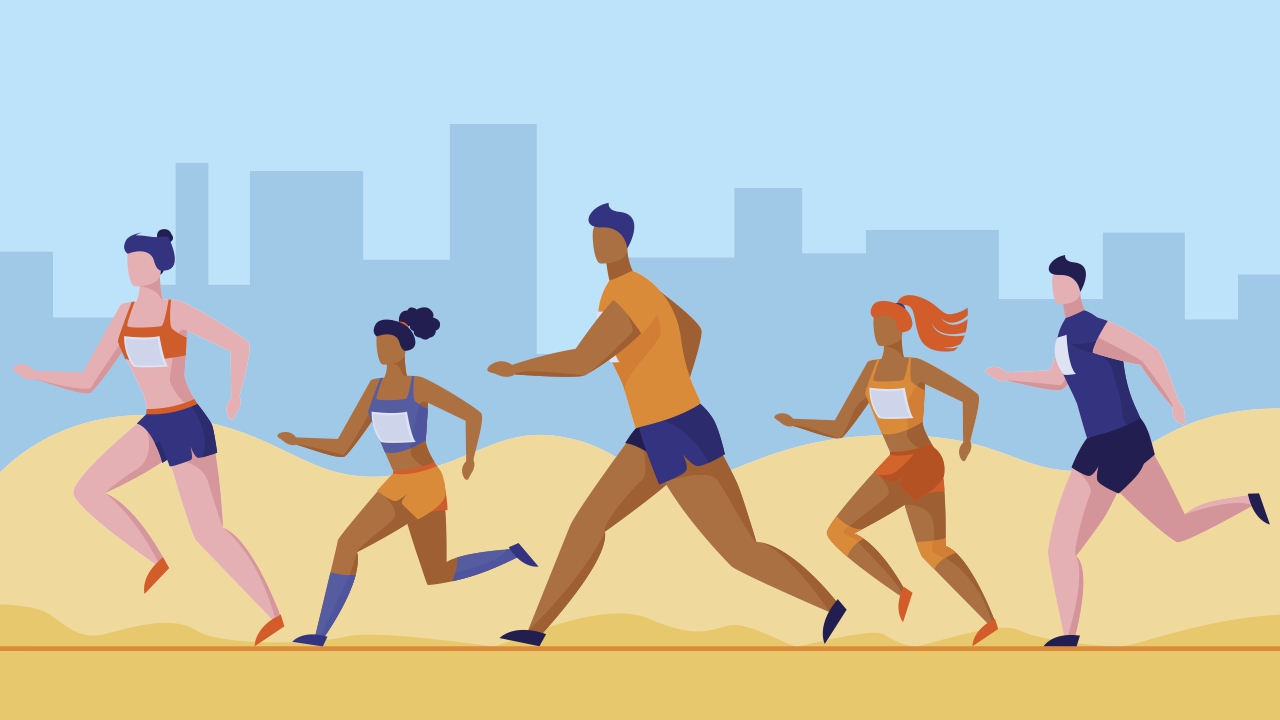 Most athletes aim to clock certain distances faster. The use of wearables makes this far easier, as runners can complete personalized running sessions far more accurately than before. One of the key tools in training programs is the inclusion of negative split long runs. It is one of the best ways to prepare for a half or full marathon. Here, you pick up your pace in the second half of a long training run, when the legs are tired, and the mind begins telling you that you can’t go faster.

Let’s examine the meaning of the terms even, positive, and negative splits, and dive into the research to see which method runners employ, and if they actually have any benefits.

We say that a runner completes an even-split if their pace is even throughout the race. This strategy can generally not be used by most people and is mostly adopted by older runners, specifically masters runners (40 years old). Higher-ranked athletes also displayed a more even-split racing pace, hypothesized to be down to the experience and training condition of the runners being able to sustain that pace throughout. This is a pacing strategy that was used by two elite female marathon runners, Paula Radcliffe in the 2003 London Marathon, and by Brigid Kosgei in the 2019 Chicago Marathon (Billat 2020).

However, it also notes that most recreational or lower-ranked runners start out trying to maintain the pace of many elite runners, but simply can not sustain it. It leads to a pace drop-off in the latter stages of the race, which brings us to our next type of split.

Also read: Science of Progression: How to Improve Consistently

Running a positive-split means the second-half of the race is slower (higher pace) than the first-half of the race. A positive split has been shown to be detrimental to marathon running performance by showing an increased oxygen consumption, a higher level of fatigue, and an increased rate of perceived exertion (RPE).

This ultimately means that runners, who show a positive split, fatigue far quicker than their even split counterparts. A positive pacing profile may therefore be attributed to an athlete failing to select an appropriate initial pace and subsequently displaying a decrease in pace as the race progresses. Alternatively, it may be a race tactic, however such a strategy is usually unsuccessful.

A negative-split means the runner speeds up in the second half, running it faster than the first. This is clearly the most widely used method, and is one used by the elite marathon runner, Eliud Kipchoge during the 2019 London marathon and the 2018 Berlin Marathon. Adoption of this strategy is thought to improve prolonged exercise performance by reducing the rate of carbohydrate depletion, lowering excessive oxygen consumption (VO2), and/ or limiting the accumulation of fatigue-related metabolites (such as inorganic phosphate, potassium, and hydrogen ions).

In layman’s terms, it means that starting slower conserves more energy early on in the race, allows your body to gradually warm up, adapt, and then be ready to get pushed and run faster in the second half. Many elites, and highly disciplined recreational runners, aim for an even slight negative split.

Also read: Running: How Do You Know If You Are Getting Faster

Which split should you choose?

Your pacing strategy will often be dependent on various factors, most notably your experience. The more experienced runners can often start off faster and maintain that pace, while recreational or beginner runners should ideally adopt a negative split pacing strategy. The latter is also more forgiving if you have not warmed up well or are feeling slightly rusted in the start. If you have it left in the tank, you can always pick up later.

It is more beneficial to start slower, picking up your pace during the latter stages of the race, as this will allow you to conserve energy and finish the race strong. You should practice your pacing strategy during training, and ideally have run one or two ‘B’ races, which are races that serve as a trial for your ‘A’ or goal race, giving you valuable feedback on what your ideal start and end pace should be. If you finish with a positive split, then you can likely infer that you started off too fast, and adapt your approach in the next race.

Ultimately, this process involves trial and error, which is why working with a coach is almost invaluable in achieving your half or full marathon time. Choose your strategy at least 16-24 weeks before your goal race, practice these in your training, and identify a few trial races beforehand, which are shorter than your goal race. That’s where you can practice your pacing strategy and further adapt your training based on these results. Happy running!