read Treadmill Running: What Are the Pros and Cons

Treadmill Running: What Are the Pros and Cons 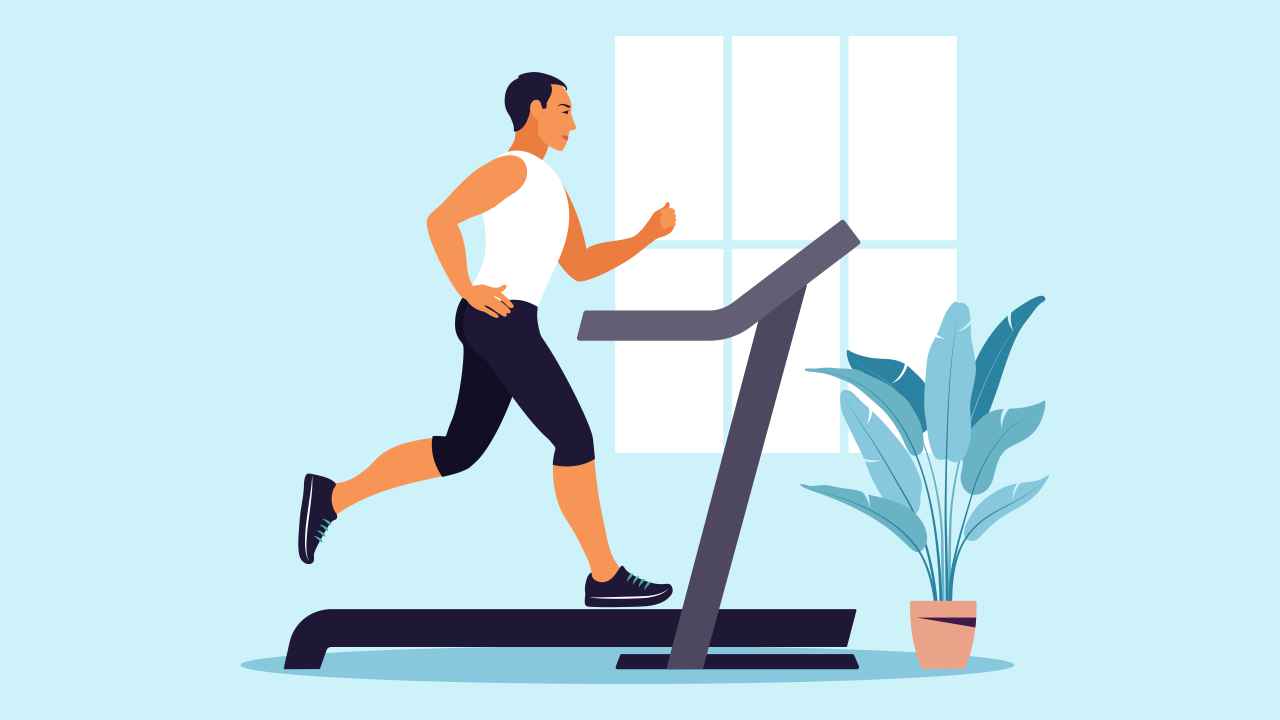 The question of whether treadmill exercise is ‘good’ or ‘bad’ sparks a surprising amount of debate in the running community. The conversation typically centers on a few concerns.

It’s evident that much of this discussion is taking place among competitive runners, who are trying to optimize their performance. If you are running on a treadmill as part of your workout regimen to achieve health and fitness goals, you are undoubtedly better off running on the treadmill than not running at all. But, if you are serious about running, these are important considerations. Like most things in life, there are pros and cons to treadmill running, and they largely depend on your objectives and training needs. Let’s take a look.

This is perhaps the biggest pro when it comes to running on the treadmill. There are times when running outdoors is difficult or even impossible due to things like weather, pollution, and safety. In addition, certain terrains are not well-suited for running outdoors. For instance, if you live in a mountainous region, it can be very difficult to find an area to run that offers the appropriate intensity, particularly if you are a beginner. And, perhaps most importantly, leaving the house isn’t always possible if you’re a busy parent, for example, and the treadmill enables you to keep up with your training when you otherwise might be forced to skip a workout.

2. Treadmill running can be just as intense as running outdoors

The question of difficulty level always comes up when debating the efficacy of treadmill running, as people assume that running outside is inherently harder because of changes in terrain, exposure to elements, and air resistance. However, setting the treadmill to a 1% incline can create the same intensity as running outdoors.

If you are training for an event with a specific speed in mind, training on a treadmill allows you to set and then maintain a consistent and predictable pace, which is not always the case when running outside. This may allow your body to become accustomed to running at a particular pace, which may translate to improved performance on race day.

Also read: Pace or Effort-based: What Is the Right Strategy for Running?

4. It’s easier on your joints

The smooth, cushioned belt on a treadmill is more forgiving than hard pavement or cement and reduces the impact stress on your ankles, knees, and lower back. This is especially important if you are rehabbing from an injury (which you should only do under the guidance of a physician and/ or physical therapist). Also, if you run at an incline on a treadmill, you can build strength and endurance as you would when running hills outside, but without the need to run back downhill, which can be very hard on the body (more on this to come).

Treadmills allow you to wear headphones to listen to music or a podcast or even binge-watch your favorite TV shows while you train.

Also read : Home Workout: A Beginner’s Guide to Getting Started

1. You don’t work as many muscles

The mechanics of running on a treadmill are different from those when running outside due to the machine powering the belt (assuming you are using a traditional treadmill) rather than you having to propel yourself forward. This means that, while the quadriceps are being used to push off just as they would outdoors, the hamstrings and glutes are not as involved in the stride cycle. This can result in a muscle imbalance over time and leave you prone to injury. To avoid this, be sure to perform other forms of exercise that target the hamstrings and glutes.

2. You could lose some agility

Treadmill running doesn’t offer the same changing terrain as running outdoors, which means you are not using your foot, ankle, and leg muscles to make small adjustments. These adjustments are great for coordination and balance, which you’re missing out on if you exclusively run on the treadmill.

In addition to the lack of terrain changes, running on a treadmill means you never have to run downhill or take turns. This means that the body won’t be as ready for these elements on race day. In addition, the maximum speed of most treadmills is 19 km per hour, which may be slower than your top sprint speed. This makes sprint training and interval training on a treadmill much less effective than when running outdoors.

4. The controlled climate can work against you

Running indoors in a climate-controlled environment that is usually set between 20°C and 22°C may not offer the same exposure to temperatures that will be experienced while running during an outdoor event. This may impact your ability to recognize and respond to increasing sweat levels, exposure to the sun, and other physiological responses to running in hot and cold environments. For example, running outdoors on a hot and humid day may feel more intense compared to running indoors at the same intensity in a temperature-controlled environment.

5. You lose the benefits of exercising outdoors

Regular outdoor exercising provides a number of health and psychological benefits beyond those achieved through the exercise itself, including improved cognitive function, enhanced cardiac function, and lower stress levels. These benefits are lost if you exclusively train indoors.

7. Treadmill running can be downright boring

Hence the need for multitasking! Even when watching TV or listening to music, it can be tough to avoid the clock on the treadmill display telling you just how much longer you have to go. The changing scenery — and the fact that you can’t simply step off to stop your workout — can be motivating and help the time pass. Treadmill running can also feel like harder work than running outside, even if you are running at the same pace.

The best-case scenario may be to incorporate both outdoor running and treadmill running into your training routine so that you can reap the benefits of both. Exercise outdoors whenever possible, so that you get the reward of exercising in the fresh air, running on changing terrain, and exploring and being motivated by the great outdoors. Treadmill exercise benefits are not just limited to convenience but it’s also a good replacement to running outdoors and provides similar benefits.