What Role Do Electrolytes Play During And After a Long Run 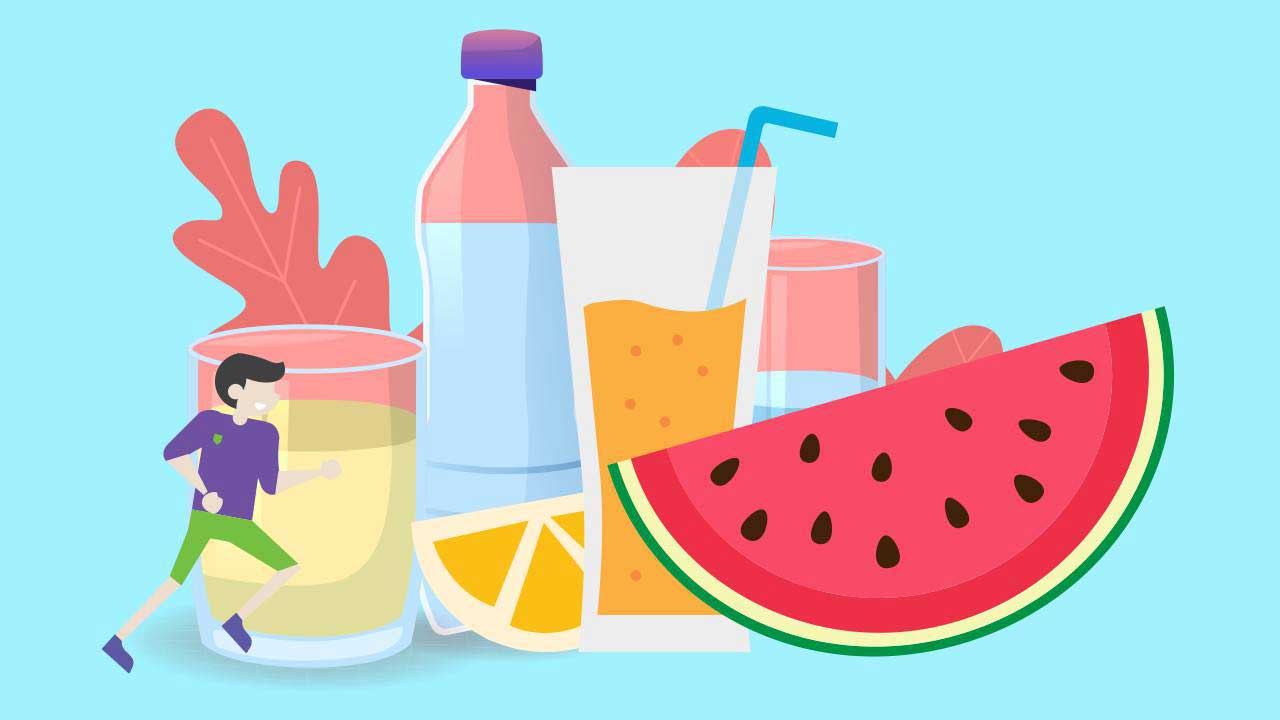 Hydration plays a key role in one’s running performance. Starting the race well hydrated is extremely important as long runs may go on for more than a couple of hours.

As the duration of the run increases, there is a rise in the body’s core temperature and it begins to sweat in order to cool down. Sweat results in loss of water and electrolytes. This loss can result in fluid imbalance and can increase the risk of dehydration, exhaustion, or heat stroke in absence of good hydrating strategies. Runners tend to lose 4-6 litres of water through sweating and exhaling during long races in hot and humid climates. It’s thus, imperative that runners have well-established hydration strategies in place, including the consumption of electrolytes on long runs.

To know about your sweat rate, Centers  for Disease Control and Prevention (CDC) suggests that you weigh yourself pre- and post a 60-minute run.

The result is your estimated sweat rate per hour.

The difference in weight represents fluid loss (i.e., 1kg loss equals approximately 1L (1,000mL) sweat). It’s best to replace 80% (i.e., 800ml) of water lost while exercising. After exercising, you should drink more than your total fluid deficit. For instance, if you have lost 1kg or 1,000ml of fluid, replenish it with 1,500ml within an hour after exercise.

As we know along with water, electrolytes too are present in the fluid lost. Electrolytes are electrically charged minerals that keep all the systems of the body functioning. They are present in our blood, sweat, urine, as well as within our cells.

Apart from this, they perform many essential functions and often work in pairs to activate electrical impulses. It helps maintain the pH balance (acid-base balance) and stability in the body. Absence of electrolytes can lead to muscle weakness, impaired performance, and disorientation.

While exercising we mainly lose sodium followed by small amounts of other electrolytes. Sweat typically contains 40mmol/L-60mmol/L of sodium, 4mmol/L potassium, 1mmol/L of calcium and magnesium. That is why products containing electrolytes have more amounts of sodium.

Drinking only water during a long race can lead to a condition called hyponatremia, where blood sodium level dilutes and drops too low. For instance if you are losing 1 litre of  fluid an hour and you are not replacing it or having only plain water, the body gradually goes into a hyponatremia state.

The sodium amount present in the body drops due to sweating, and is further diluted when you ingest only water. Performance is affected directly when the electrolyte balance is upset. This condition may eventually cause exhaustion, muscle weakness, or serious health conditions like seizures. Ingesting more electrolytes can also affect performance as it leads to  nausea, vomiting, dizziness, and diarrhea.

Therefore it is imperative to hydrate and consume adequate electrolytes during a long run for both performance and health.

How to maintain electrolytes during the long run

During longer runs, you can have 200mL of water every 15-20 minutes for the 1st hour. After the first 60mins of the run, it is suggested to add approximately 0.5g-0.7g sodium per litre of water to replace sodium lost from sweating with approximately 200mL water every 20 minutes.

Products like salt tabs or electrolyte drinks consist of approximately 180mg-200mg of sodium with some amount of magnesium, calcium, and potassium. In a litre of water, 2-3 tablets can be added for rehydration per hour.

Try the products beforehand and select the one that suits you the best during the long race.

Replenishing electrolytes after the long race

You should try to replace 150% of the fluid lost during the run within one hour after the run. Water alone is adequate for rehydration after run as the electrolytes can be replenished through foods.

Include the following in your meals after a race.

Nutrient-timing: How to Time Your Meals to Maximize Your Running Performance