read Barefoot Running: Should You Do It?

Barefoot Running: Should You Do It? 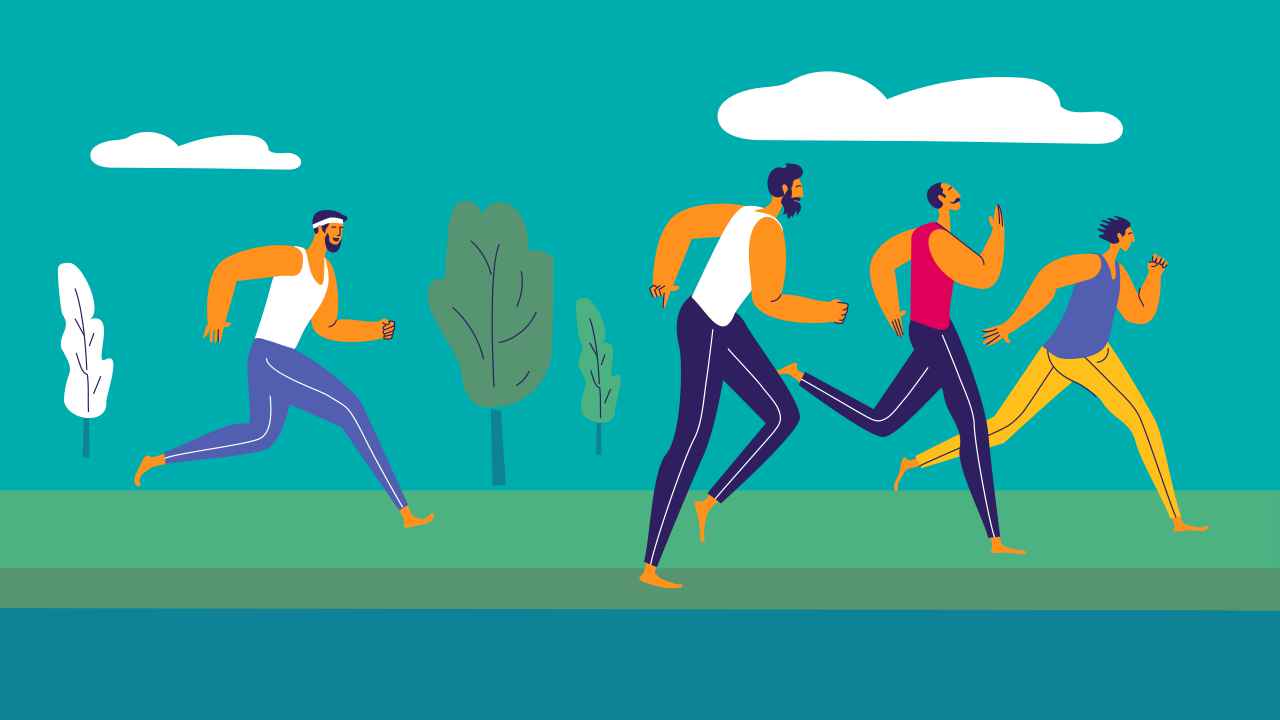 The human skeletal and muscular structure evolved almost two million years ago, allowing us to walk and run using just our feet. Considering the need to hunt for food and compete against other predators, our ancestors always engaged in physical activity. These early humans ran barefoot or with minimal footwear such as sandals using animal skin.

Running evolved as a competitive sport with the arrival of the Olympic Games, and this gave rise to the need for shoes that promised to improve performance. But during the 1960 Olympic Games in Rome, an Ethiopian runner Abebe Bikila made history, winning gold and setting a world record by running barefoot.

The modern running shoe made its appearance in the 1970s, and over the years shoe companies have been using different materials and varying forms of cushioning for shoes to make them lighter and comfortable.

In the mid- to late-90s, Mexico’s Tarahumara tribe showed up at ultra-distance events in the US and placed phenomenal times running in bare sandals that had minimal cushioning and mimicked the natural form of running. This prompted the arrival of the minimal shoe that gave the feel of barefoot running. Advocates of this type of minimal shoe believed that running the way our primal ancestors did was a natural form of running with a low probability of injuries.

The primary difference between barefoot and shod running is seen during the initial contact with the ground. A shod runner typically lands on the ground with a heel strike, as the cushioning of the shoe at the heel is thicker than around the toe area. These varying levels of cushioning from heel to toe make a shod runner land on the heel. There are also shoes with evened cushioning, which mimic barefoot running, but without the feel of the ground.

A barefoot runner naturally lands on the ground with a midfoot or a forefoot strike. This brings about a change in running gait by way of a shorter stride length and a higher strike rate (cadence). Midfoot and forefoot strikes allow for better absorption of impact with the ground. This may reduce the possibility of running injuries at the knee and hip.

Scientific studies around barefoot running explain that the force of the body on foot while running is discernibly higher with rearfoot strike compared to midfoot and forefoot strikes. Here are some ways in which barefoot running benefits a runner:

1. You develop a more natural gait and strengthen the muscles, tendons, and ligaments of the foot.

2. Landing on the midsole and front of the foot rather than the heel allows the foot arch to act as a natural shock absorber. Whereas for heel strike, the shoe has to be cushioned at the heel.

3. There is also improvement in balance and proprioception (your body’s ability to sense its movement and location) with each stride because you are able to receive accurate information on space and force when you strike with a bare foot.

4. When you land barefoot, you feel more aware of the ground and your connection with it as well as the environment around.

What are the disadvantages of barefoot running?

In case you want to make a transition to running barefoot, then apart from the barefoot running benefits, you need to be aware of the disadvantages, too.

1. There is little foot protection from debris such as glass, nails, and sharp stones on the roads and trails. Also, in extreme weather conditions, road surfaces may be burning hot or freezing cold, and the shoes again protect you from this environment.

2. Since most of us do not venture out barefoot, the foot sole has softened and lost its strength. So, going without any cushioning can initially cause pain in your plantar fascia and calf.

3. Running barefoot means the thick sole will be subjected to friction when pushing off from the ground, leading to blisters. With time, the sole develops calluses to protect the foot.

4. Going barefoot means striking the ground with the forefoot, and this may put immense pressure and strain on the Achilles tendon and calves. Stress fractures of the metatarsals are also likely.

How to transition from shod to barefoot

Making a transition from shod to barefoot running needs to be gradual to allow the foot to adapt to its new surroundings and loads. The underside of the foot, plantar fascia surface, is sensitive and should be gradually subjected to new surroundings. This will require that you merely walk barefoot indoors as well as outdoors (on clean and soft surfaces) to get accustomed to the feeling.  The next step is to begin 30 minutes of barefoot running twice a week, so that the plantar skin tolerates friction and load.

You may follow the schedule given below for the transition.

1. Weeks 1 – 4: Walking 2–3 times a week for 30 minutes each, from indoors to outdoors progressively

So, if you want to get started with barefoot running, remember that the transition has to be slow. Start with smaller distances as your feet will require some time to adjust to the surface before running longer distances.