read Hyponatremia in Runners: When Too Much Water Is Dangerous

Hyponatremia in Runners: When Too Much Water Is Dangerous 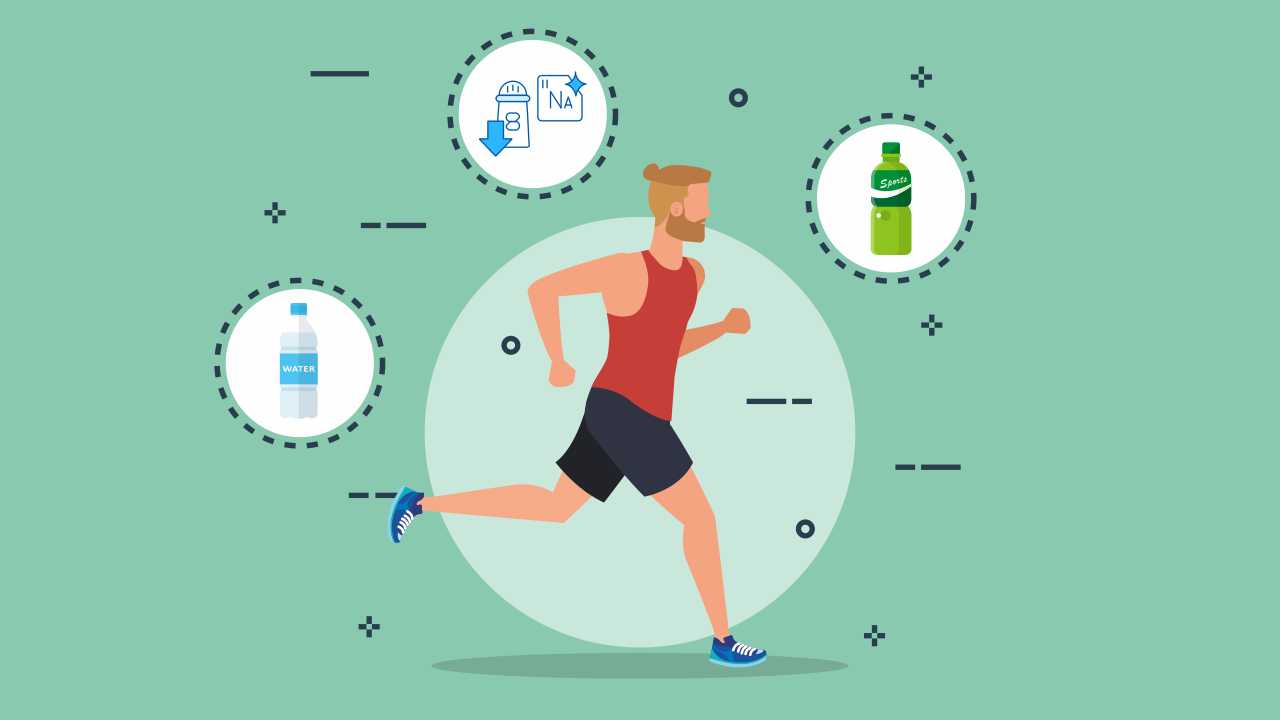 Runners have always been warned about the dangers of dehydration if they fail to consume adequate amounts of fluid during training and competition. However, drinking too much plain water (as opposed to most sports drinks, which contain sodium), often out of a fear of not drinking enough, can lead to hyponatremia, or low sodium levels in the blood. This can be a dangerous and even life-threatening condition.

The good news is, severe dehydration and hyponatremia are both rare, as the body is very good at managing large variations in fluid intake. So, how and why do runners get hyponatremia?

Let’s take a look at hyponatremia causes, exertional hyponatremia symptoms, and, most importantly, how to avoid this condition.

Adequate sodium balance is necessary for transmitting nerve impulses and maintaining proper muscle function. During exercise, sodium is lost via sweat. If you replace the fluid lost by drinking water only, this decreases the concentration of sodium in the blood. Prolonged and excessive sweating increases the risk, which is why first-time marathoners or novice athletes, who are running for longer durations in order to complete an event, are most prone to hyponatremia.

Many novice runners are understandably concerned about dehydration and respond by drinking too much water during an event. If someone is exercising at a low to moderate intensity for a long period of time (typically four or more hours) while consuming too much water, that leaves them at risk of developing hyponatremia.

Also read: What Role Do Electrolytes Play During And After a Long Run

Early hyponatremia symptoms include nausea, bloating, muscle cramps, disorientation, slurred speech, weakness, fatigue, headaches, and confusion. Unfortunately, these mirror the symptoms of dehydration and cause many runners to drink even more water, thereby exacerbating the problem. Extreme symptoms include seizures, coma, and even death as the result of swelling in the brain.

Hyponatremia treatment typically includes drinking sodium-containing beverages like sports drinks and eating salty foods in an effort to restore the sodium balance in the blood. Medical personnel at the event should oversee any diagnosis and treatment. If medical personnel are not present (for example, if someone is stricken with suspected hyponatremia during a training run), obtaining medical care as quickly as possible is absolutely essential. Severe cases may require sodium to be replaced intravenously.

Of course, the best treatment for hyponatremia is prevention.

A carefully constructed plan is required to prevent both dehydration and hyponatremia during prolonged running events. The goal is to drink just the right amount of fluid and electrolytes (including sodium) before, during, and after the race to maintain a state of “normal” body water content. This perfect balance between too much and not enough is called euhydration.

Consider the following fluid-intake recommendations to achieve euhydration and avoid both dehydration and hyponatremia.

Aim to consume as much fluid as is lost via sweat. This takes some trial and error during training runs in order to ensure you have this figured out before longer runs or events.

Other tips include increasing salt intake for several days prior to a competition (unless you have hypertension), avoiding the use of nonsteroidal anti-inflammatory drugs (NSAIDs) that contain sodium, as these medications may predispose runners to hyponatremia, as well as avoiding the use of diuretic medications, which increase the excretion of water as urine.

Finally, remember that, like your training program, your hydration protocol should be personalized to your needs. Sweat rates (and, therefore, sodium and fluid loss) vary considerably among individuals, so it’s important to experiment with water and sports drink consumption early in your training so there are no surprises on race day.