read Carbohydrate-loading for a Marathon: A Step-by-step Guide

Carbohydrate-loading for a Marathon: A Step-by-step Guide 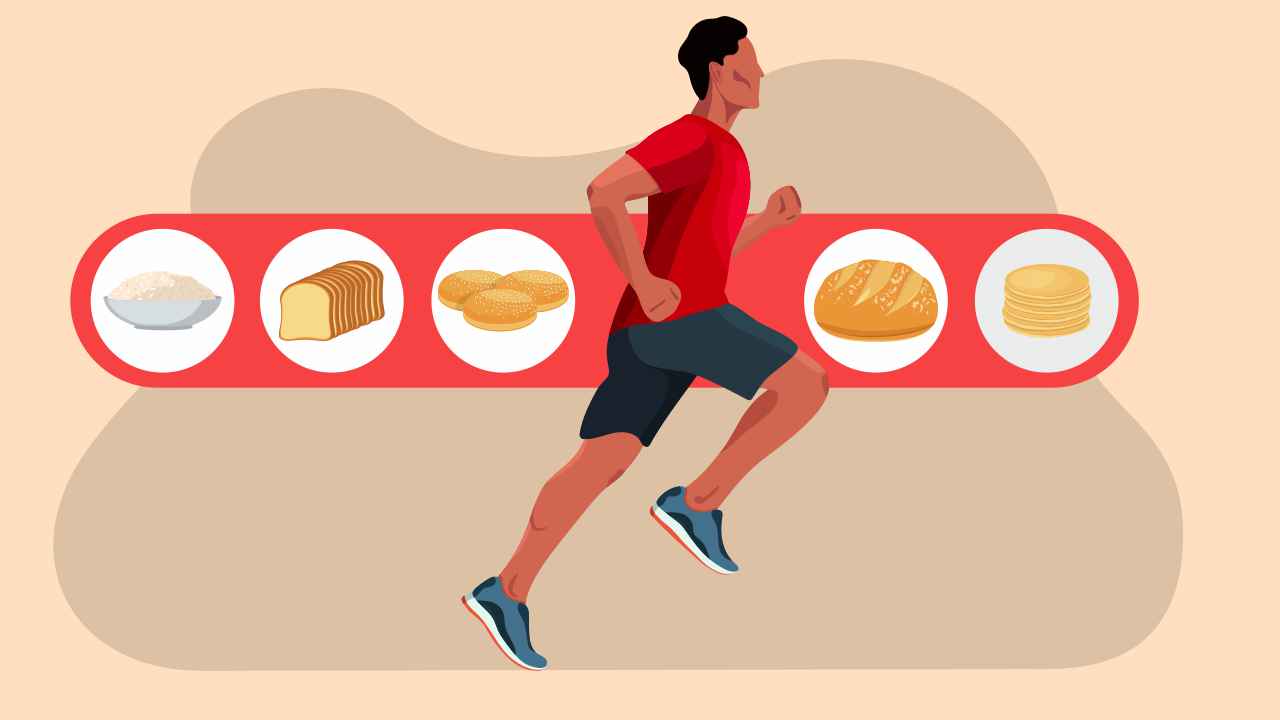 Carbohydrate-loading for a marathon is one of those sports nutrition buzzwords that even non-athletes may have heard of. However, what exactly is it, and how does it work? Let us start by defining the term and understanding the science behind it.

Carb-loading for marathon runners is an eating pattern that adjusts the amount of carbohydrates or carbs consumed in the days leading up to an endurance event to maximize glycogen stores. This pattern coincides with a tapering of activity levels.

Why are carbs so important?

Broadly, there are three macronutrients, which include proteins, carbs, and fats. Of these, carbs are the body’s preferred energy source because they are rapidly digested and absorbed and provide immediate energy in the form of glycogen. So, an increase in the consumption of carbs helps in meeting the body’s optimal energy requirements for performing strenuous exercise compared to raising the intake of protein or fat.

For instance, a few noted sport drink brands include sucrose, glucose, and fructose. Regularly consuming a high-carb diet leads to the storage of about 1.7g of glycogen for every 100g of muscle. However, carbohydrate-loading packs up to 4g to 5g of glycogen into each 100g of muscle.

While strategies vary, there is robust evidence to support the concept of carbohydrate-loading. The Academy of Nutrition and Dietetics and the American College of Sports Medicine reviewed 22 studies that investigated rates and amounts of macronutrient consumption during the training period before an athletic competition. Out of these, nine found that eating more than 60% of one’s calories as carbs in the week before the competition increased glycogen stores and improved performance.  While nine other studies found no difference, two found that there was no benefit beyond eating 6g of carbohydrates per kg of body weight. Lastly, two studies found biological sex differences indicating that women benefit less from carbohydrate-loading than men.

Overall, the takeaway here is that carbohydrate-loading is an evidence-based practice. So, it may not work for everyone. Finding the right model may take some trial and error. So, it is advisable to try various protocols during your training to know what works best for you before race week arrives. The last thing you want to do is experiment with your food in the days before running a marathon.

Carbohydrate-loading has many protocols, and every athlete will have their preferred strategy. Many athletes prefer a seven-day protocol, while others may opt for six-day, three-day, or one-day models. However, the most common model in this aspect is the two-stage process explained here.

It is the glycogen-depletion stage. During this period, you perform moderate-to-high intensity exercises and consume a low-to-moderate carbohydrate diet. Usually, the carb intake during this duration is less than 55% of the total calories. The goal of this stage is to deplete the glycogen stores in the muscles. This phase starts on the first day and ends on the third day of the seven-day protocol.

It is the glycogen-loading stage. During this tenure, you increase your carb intake to 70% or more of the total calories and reduce your exercise load to low-intensity, short-duration workouts. This stage commences on the fourth day and lasts until the sixth day of the seven-day protocol.

Finally, the seventh day is your race day. So, in this scenario, the last pre-event meal, which is normally the previous night’s dinner, must contain more than 80% of calories from carbohydrates.

Which are the best high-carb foods?

You have many options to select from. You may choose items like white rice, oatmeal, bread, pancakes, and bagels as carbohydrate sources. Some foods that provide healthy carbs may not be useful choices when it comes to carbohydrate-loading. For example, many fruits, vegetables, and whole grains (like brown rice) are high in carbs. However, they are also rich in fiber. So, it is recommended to refrain from eating these foods when race day is nearing because fiber can cause stomach discomfort.

The weight gain may make you feel uneasy, but the stored water and glycogen are exactly what the body needs.

Be careful what you pair with your carbs. While pasta is a great choice and a popular pre-event dinner choice for many marathoners, creamy sauces, butter, and cheese may weigh you down and upset your stomach during the race.

Loading up on carbs will not make you faster on race day. It is all about maximizing your energy reserves and improving your endurance. If you are a newcomer planning on running your first marathon or a veteran looking to take your performance to the next level, carbohydrate-loading may be the strategy you have been waiting for.